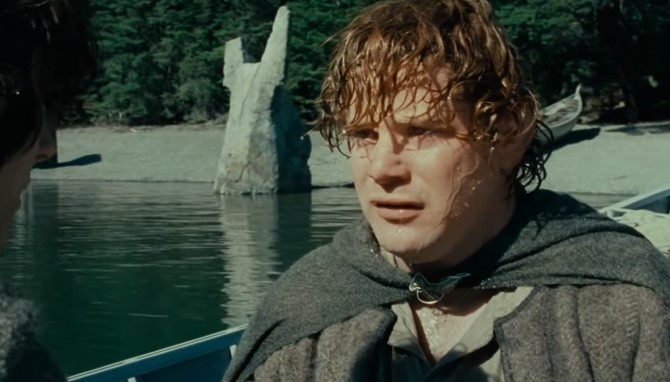 Probably one of the best performances in The Lord of the Rings trilogy is that of Sean Astin’s Samwise Gamgee, and though a lot of people like to make fun about the implied homosexuality between Sam and Frodo, you can’t help but believe that the performance was sincere. As it turns out, director Peter Jackson had to break Sean Astin’s heart to get him to deliver the acting chops.

Talking to the Reelblend podcast, Astin shares how Jackson was forced to be blunt with in order to get the best possible performance. Astin shared his ‘brutal’ experience:

“The most painful thing Peter Jackson ever said to me… you know, he’s a man of few words. He’s a very, very stoic guy. He can be performative when he wants to, or needs to. He can act things out, and he’s very eloquent and so forth. But on a day-to-day basis, Peter Jackson is basically like a quiet guy. He sort of lets the work do the talking, and his direction was always very minimal. Mostly his direction would be, ‘Let’s do it again.’ … But he came up to me at one point and he looked at me and he said, ‘I just didn’t believe that.’ Oh my God, he might as well have — it was like a Mortal Kombat death blow. It was like he ripped my hair off of my body, and my spine came out with. … [But] it was, it was true. It was true that I was not invested, that I was out of it. I was out of character. I was out of the mood. I was out of… I just wasn’t there.”

While Astin did say that he was hurt from what Jackson said, it was the necessary push he needed to give a more believable performance. Astin doesn’t really say which scene he was working on at the time, but he does say that it was during a scene from Fellowship of the Ring.

No doubt it’s this top tearjerker scene where Sam promises to stay by Frodo, but I could be wrong:

While the trilogy may be done now, the movies are set to take the spotlight again this December 1 when the 4K release of The Lord of the Rings becomes available. After that, fans await their first look at Amazon’s incoming Lord of the Rings series.