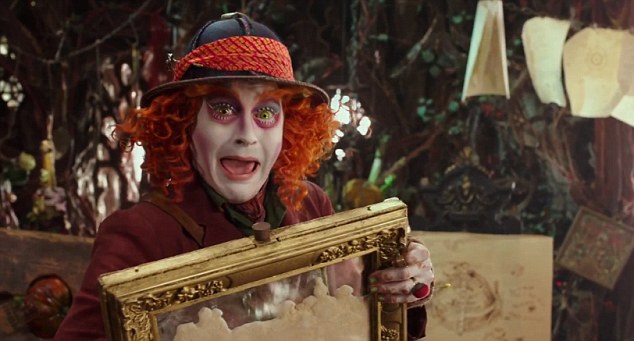 While buzz for the Alice in Wonderland sequel was never red hot, no one apparently saw this coming.  The sequel to the 2010 mega blockbuster scored an opening day take of just $9.8 million, including $1.5 million from Thursday night previews. To put this into perspective, the first film from six years ago earned a mammoth $40.8 million opening day.  That means the sequel plummeted 76% from its predecessor!

While business was expected to be modest for Looking Glass in comparison to Wonderland, this is an alarming drop, especially since the film has a reported production budget of $170 million. The 4-day extended take might only reach $44 million or so. The original earned $116 million in only 3 days. In fact, depending on how the weekend plays out, Looking Glass might not even earn $100 million in its entire run. This is a lot of speculation based on a single day figure, but it certainly spells disaster.

This particular scenario is even more interesting when Disney’s own Tomorrowland also opened this same weekend a year ago and faced a similar doom — opening to only $9.2 million on Friday. However, it was an original film, whereas Alice Through the Looking Glass is a sequel to a huge billion-dollar grossing film, and also based on another Lewis Carroll novel.

The major reason for the fallout probably has to do with Alice in Wonderland‘s ho-hum reception from both critics and audiences. No one was clamoring for an Alice sequel. To make matters worse, Through the Looking Glass is getting scathing reviews, a noticeable drop from its predecessor. But even if the domestic revenue dropped by half, we were still looking at a $165 million grossing film from the states alone. Now that’s a pipedream.

It doesn’t help matters that on the day of its release, Johnny Depp’s personal life went viral as his wife has been posting remarks and photos declaring the headlining star to be abusive, thus filing for divorce. While it is difficult to gauge such a public response to shocking and immediate news, it certainly could have damaged interest in the star’s latest movie.

We will report how the weekend box office ultimately fared tomorrow afternoon, but lucky enough for X-Men: Apocalypse (which also had a somewhat disappointing opening day figure of $26 million), it wasn’t nearly as bad as the Alice sequel!