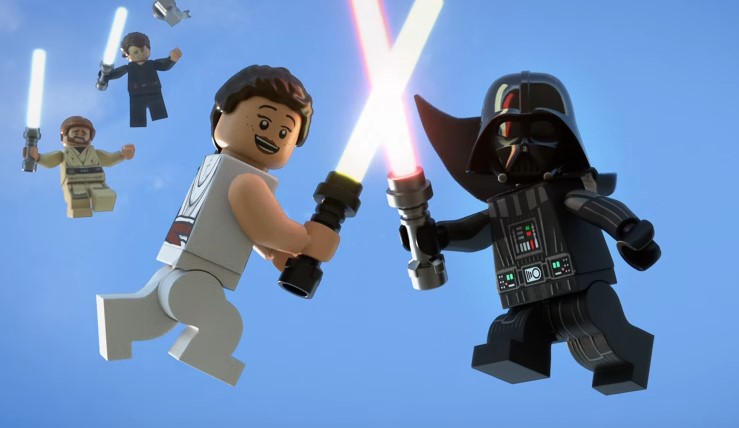 “The LEGO Star Wars Holiday Special” reunites Rey, Finn, Poe, Chewie, Rose and the droids for a joyous feast on Life Day. Rey sets off on a new adventure with BB-8 to gain a deeper knowledge of the Force. At a mysterious Jedi Temple, she is hurled into a cross-timeline adventure through beloved moments in Star Wars cinematic history, coming into contact with Luke Skywalker, Darth Vader, Yoda, Obi-Wan and other iconic heroes and villains from all nine Skywalker saga films. But will she make it back in time for the Life Day feast and learn the true meaning of holiday spirit?

Seeing that fans get over a tiff for any kind of canon or lore changes, Disney and Lucasfilm have made the right move by making this special based on LEGO, so they can break any rule they want. If anything, it’s the closest we’re going to get to a continuation of the Sequel Trilogy; heck, even Finn is holding what looks to be his own lightsaber in the poster:

Though The Mandalorian is one of the more serious properties in Star Wars right now, I wouldn’t mind some kid-friendly material coming out. After all, Star Wars’ prime audience is the kids, no matter what any fan on the internet tells you.

Catch The LEGO Star Wars Holiday Special on Disney+ when it comes out Nov. 17.