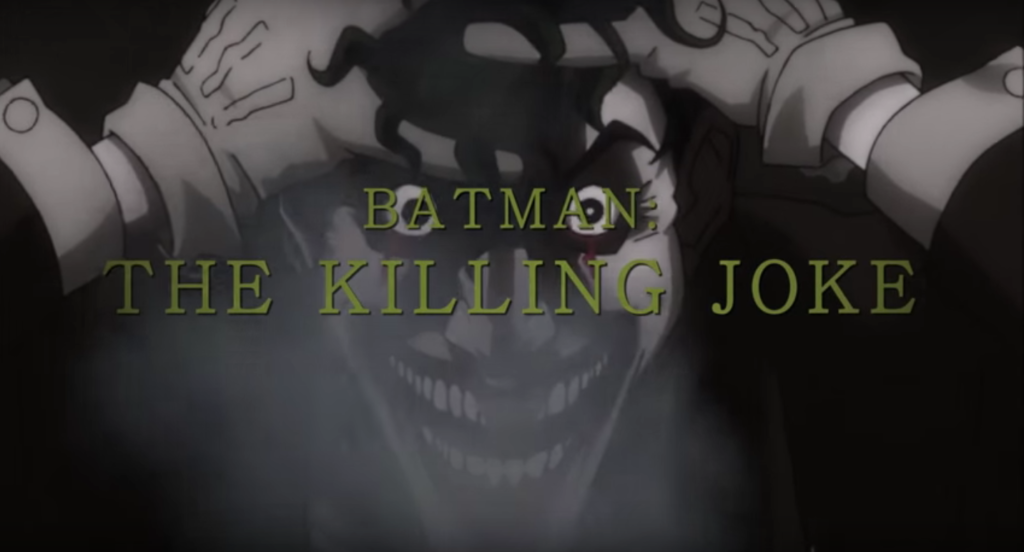 Days ago, the film’s box art and release date were made available for perusal on Amazon, along with pre-orders going live. Now, Batman: The Killing Joke’s runtime has been revealed to last approximately 72 minutes. Pretty long for a film adaption of Alan Moore’s graphic novel, but it’s perfectly in line with other DC animated ventures. To fill out the time, it was revealed the task of making the adaption a feature length film was in adding a 15 minute prologue focusing on Barbara Gordon/Batgirl.

Special features were also recently unveiled. According to EW, they will include two 22-minute episode from The New Batman Adventures and Batman: The Animated Series. The film’s deluxe edition and combo pack versions will release with two featurettes: Madness Set to Music, a documentary chronicling the creation of the film’s storyboards and original score, and Many Shades of the Joker: The Tale of the Killing Joke, a making-of short which explores the distinct style of the graphic novel. Fans who purchase the combo pack Blu-ray edition will also receive a limited edition figurine of the Joker.

Tell us which addition of the film you plan on purchasing and check out the film’s first official trailer below.

The Killing Joke is scheduled to receive an extended preview at this year’s San Diego Comic-Con and will release in stores on August 2.