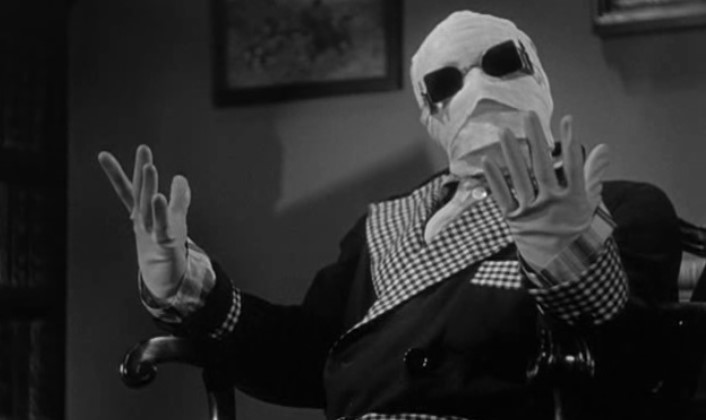 Universal had attempted to launch their Dark Universe one last time with Tom Cruise’s The Mummy, but the film had crashed and burned, and the DU is officially dead in the water. The studio, however, is still pushing forward with their monster movie remakes, and out of nowhere we got the official synopsis for The Invisible Man.

What you can’t see can hurt you. Emmy winner Elisabeth Moss (Us, Hulu’s The Handmaid’s Tale) stars in a terrifying modern tale of obsession inspired by Universal’s classic monster character.

Trapped in a violent, controlling relationship with a wealthy and brilliant scientist, Cecilia Kass (Moss) escapes in the dead of night and disappears into hiding, aided by her sister (Harriet Dyer, NBC’s The InBetween), their childhood friend (Aldis Hodge, Straight Outta Compton) and his teenage daughter (Storm Reid, HBO’s Euphoria).

But when Cecilia’s abusive ex (Oliver Jackson-Cohen, Netflix’s The Haunting of Hill House) commits suicide and leaves her a generous portion of his vast fortune, Cecilia suspects his death was a hoax. As a series of eerie coincidences turns lethal, threatening the lives of those she loves, Cecilia’s sanity begins to unravel as she desperately tries to prove that she is being hunted by someone nobody can see.

It’s worth noting that the lead role of the Invisible Man was supposed to belong to Johnny Depp, but after some bad PR, Universal had opted to replace him with Jackson-Cohen. Whose to say they didn’t do the same with the other DU actors like Javier Bardem (Frankenstein’s Monster) and Angeline Jolie (Bride of Frankenstein).

If anything, I’m kind of glad that the Dark Universe is done. I mean, these reboots would have done well on their own, and it didn’t feel like they needed some kind of Avengers-style team-up. If anything, Universal should just get the rights for League of Extraordinary Gentlemen and remake that, but it might be cheaper (and more extensive) if it was turned into a series instead.