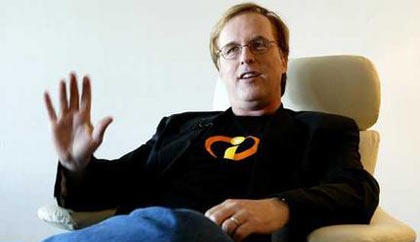 It has only been a couple of days since the highly anticipated sequel, The Incredibles 2, hit the big screen. Already, the animated movie is breaking box-office records. Analysts expected the feature to earn anywhere from $130 to 140 million on the day of its release. Lo and behold, the movie earned $180 million on its opening day – the highest premiere box-office gross for any animated film.

It doesn’t hurt that The Incredibles 2 reviews have been highly favorable. Currently,  the Pixar film holds an impressive 94% fresh rating on review aggregator site, Rotten Tomatoes.

Since the release, The Incredibles creator, director and writer Brad Bird has spoken to Screenrant to promote his recent release. During the interview, he explained how he went about developing the plot for The Incredibles 2.

According to the director, it wouldn’t be hard for audiences to get into the sequel. The movie picks up after the original. So essentially, for the Parr family no time has passed:

“This movie picks up exactly where the last film left off. I think the only thing that the audience has to be reminded of is that there was three months between the second to the last scene of the first movie and the last scene of the first movie. So, Violet has gotten a little better with her powers. Dash is a little more comfortable with breaking them out every now and again. But, essentially, the Incredibles are still, their house is still destroyed.”

In the same sit down, Bird also revealed that it didn’t take much of him to concoct the plot for The Incredibles 2. In fact, the creator was already thinking about it during the production of the first movie:

“The idea of Bob and Helen switching roles I had as we were promoting the first film.”

He explains that the sequel was crafted from all the things he wanted to do in the first movie but couldn’t. The director knew by the ending of the original movie that Jack-Jack would have a bigger role in Part 2. He gushes about returning to the characters he created from scratch and explains how near and dear the franchise is to his heart:

“I knew that the audience knew that Jack-Jack had multiple powers, but the Parrs did not. The Parr family did not, so I knew that I would have that to play with and that was a big thing. I knew Jack-Jack was going to be a much bigger character in any new movie that we made. I just always wanted to return to these characters because I had such a blast making the first film, which was the only film I’ve made so far which I’ve taken from the first germ of an idea to completion. So, it is really strangely personal to me. Even though it seems like a popcorn movie and is!”

The Incredibles 2 premiered across the United States early this week on June 15, 2018. Thus far, a third movie has yet to be confirmed.