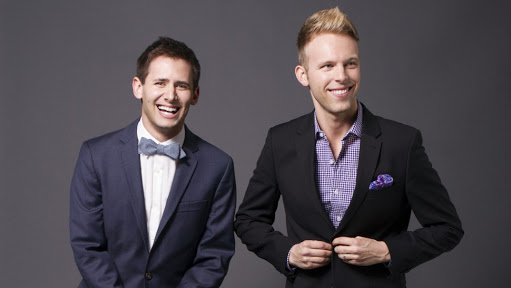 For those who grew up in the 90’s, Aladdin is nostalgia in the form of a film. Together with The Lion King and Beauty and the Beast, it would be very hard to imagine a childhood without this Disney classic. With that said, the announcement of an Aladdin live-action adaptation two years ago was unsurprisingly received with enthusiasm and anticipation.

Filming for the upcoming Disney movie has culminated at the beginning of 2018. As the feature takes shape, more and more details about what fans can expect have begun surfacing. Recently, the news was all about the music and songs Disney movies are known for.

During this year’s Academy Awards red carpet, Benj Pasek and Justin Paul, a songwriting duo known for their work in La La Land and The Greatest Showman, spoke about their experience collaborating on the new songs for the upcoming Aladdin film. According to Pasek, one of the high points of the project is getting to collaborate with one of his heroes:

“We got to collaborate with one of our heroes, Alan Menken, and we collaborated with him and wrote the lyrics for two new songs for Aladdin that’s coming out next year. Just getting to be in the studio with him and suck him dry for all of the stories he would tell us and pick his brain about it…We probably delayed work for several weeks just trying to be like, ‘Tell us about Ariel! Tell us about Ursula!’ We freaked out. We’re really excited for that. Really thrilled to be a part of the Disney family.” gushed Pasek during the red carpet interview.

The duo being tapped to be on the Aladdin project comes as a relief for fans of the classic Disney musical. While they can’t say much about the songs and scores they have produced for the film, the duo being on board means that good music would be a part of the movie. Fans were initially concerned because Guy Ritchie, the film’s director, explained early on  that he is unsure if the movie would be a musical:

“It’d be tough not to make it a musical. It’s too early because I’ve really just immersed myself into that project. So I’m still looking for cast members, we still haven’t found exactly which direction we’re going in. I’m confident that at some stage it will reveal itself to me, but right now it’s just a bit too premature”

The movie is set the premiere next year. The live-action adaptation of Aladdin would star Mena Massoud, an up and comer known for his role on Teen Nick’s Open Heart, as the titular character. Joining him are Naomi Scott as Princess Jasmine, Marwan Kenzari as Jafar, Navid Negahban as the Sultan, Nasim Pedrad as Dalia, Billy Magnussen as Prince Anders, and Numan Acar as Hakim. Interestingly, Will Smith would be playing the role Genie – a role that is vastly associated with Robin Williams.

Aladdin is scheduled to premiere across the United States on May 24, 2019.