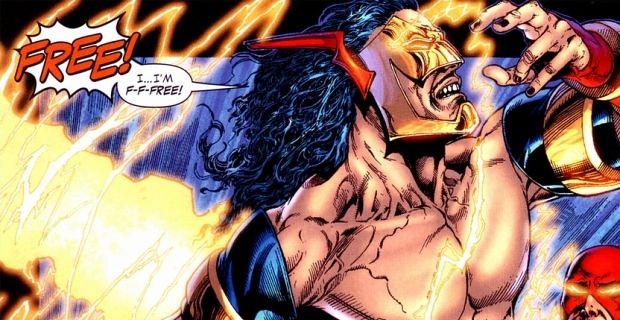 It appears that another villainous speedster will be appearing in Season 3 of The Flash. Classic advisory Savitar will be making his live-action debut in the third season when the show returns this October.

The news comes via Deadline during a Television Critics Association press tour (relayed by CBR) and states that Barry and Savitar fight at some stage during the third season. Whether Savitar will be a recurring villain on the show, or just a one-time easter egg of sorts remains to be seen. Savitar was created in 1995 by Mark Ward and Oscar Jimenez and was a Cold War pilot before being struck by the Speed Force. He then went on to form his own cult and study the Speed Force, eventually expanding his abilities to include transferring speed to another people.

At this point not a lot else is known about the Speedster’s involvement in The Flash, so much so that the character is yet to be cast. However, it does begin to paint a picture as to what Season 3 might be shaping up as. We already know from leaked set photos that The Black Racer looks set to appear, and with Savitar now adding to the lineup of villains, could this be implying that Barry visits multiple timelines during the season in an attempt to reverse the effects of Flashpoint? Does he travel too far back in time and come across Savitar during the Cold War? Or is this dark speedster snapped on set in fact Savitar? We don’t have long to wait to find out.

“Barry makes a world-shaking decision and speeds back in time to the night his mother died to stop Reverse Flash from killing her, irrevocably changing his past and redetermining his future.”

The Flash returns to The CW on Tuesday, October 4