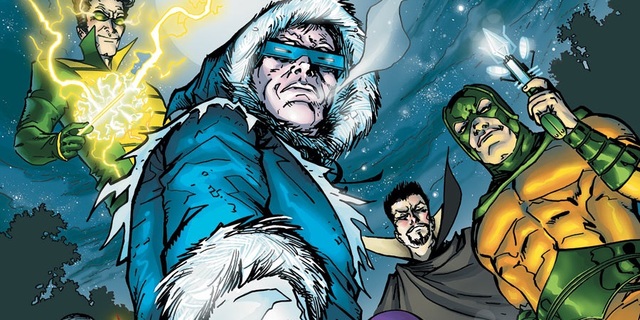 A new rumour has surfaced that suggests the villains of The Flash movie will be The Rogues. The source of this rumour comes from Heroic Hollywood’s Umberto Gonzalez who claims the Fastest Man Alive will square off against against the ensemble of villains which include Captain Cold, Mirror Master, Heat Wave, Weather Wizard, the Trickster, Pied Piper, the Top, and Captain Boomerang.

We have already seen Captain Boomerang established in the DCEU through Suicide Squad, whilst other members of The Rogues have appeared frequently on The Flash TV series on The CW. Of course, this is just rumour and speculation at this point, so take this information with a pinch of salt, but it would be interesting to see how the movie handles such a large cast of villains. The Flash movie doesn’t release in cinemas until 2018, but we have caught a glimpse of the Scarlet Speedster in Batman v Superman and will see him in 2017’s Justice League. Not too long ago actress Kiersey Clemons was officially cast as Iris West in The Flash movie and rumours were squashed by director Rick Famuyiwa that Cyborg may appear in the film.

“Fuelled by his restored faith in humanity and inspired by Superman’s selfless act, Bruce Wayne enlists the help of his newfound ally, Diana Prince, to face an even greater enemy. Together, Batman and Wonder Woman work quickly to find and recruit a team of metahumans to stand against this newly awakened threat. But despite the formation of this unprecedented league of heroes — Batman, Wonder Woman, Aquaman, Cyborg and The Flash — it may already be too late to save the planet from an assault of catastrophic proportions.”

The Flash is scheduled to release on March 16th, 2018 and stars Ezra Miller and Kiersey Clemons, with production on the movie expected to begin sometime this year.