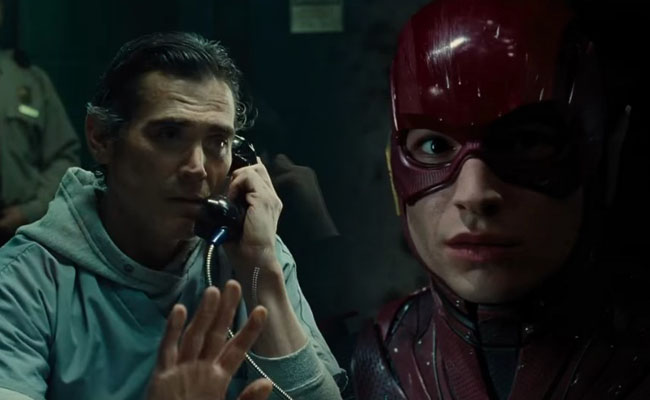 While we will get to see Billy Crudup as Henry Allen in Zack Snyder’s Justice League, it looks like that will be the last of him in the DCEU. Though he’s expected to play a larger part in the upcoming Flash movie, it looks like Crudup won’t be able to reprise the role.

As per The Hollywood Reporter, Crudup has been forced to drop his return for The Flash due to scheduling conflicts. This news also comes after it was revealed that Maribel Verdu (Y Tu Mama Tambien) had been cast as Barry’s mother.

While some are hoping that Crudup would come back in a future project (should one be approved), that probably won’t be the case. It’s been said that the part of Henry Allen would be recast rather than written out. We don’t know why Henry is in jail in the first place, but it does hold a lot of bearing to the Flash as a character, and in Justice League we know that Barry is trying to get him out.

Because some of you demanded an answer (and I didn't make clear in the article)… the part of Barry Allen's father will be recast. It was not written out. https://t.co/tryqaC3768

So far, the news of the Flash film has been bittersweet. Though we get Ezra Miller returning alongside Kiersey Clemmons, we have been getting word that Cyborg (Ray Fisher) who was supposed to be an integral part of the movie—has also been written out because of Fisher’s clash with WB. Now Crudup is gone as well.

Hopefully things turn out for the better when it comes to The Flash because it has taken quite a while for this movie to finally get started. Hopefully after the release of Zack Snyder’s Justice League, hype for the DCEU will be just as high as when we got the first teaser for Batman v Superman.

Catch Zack Snyder’s Justice League when it hits HBO Max on March 18. The Flash is set to hit theaters on Nov. 4, 2022.