Skip to content
Home » ‘The Flash’: How Iris Would React to Barry’s Actions in the Finale 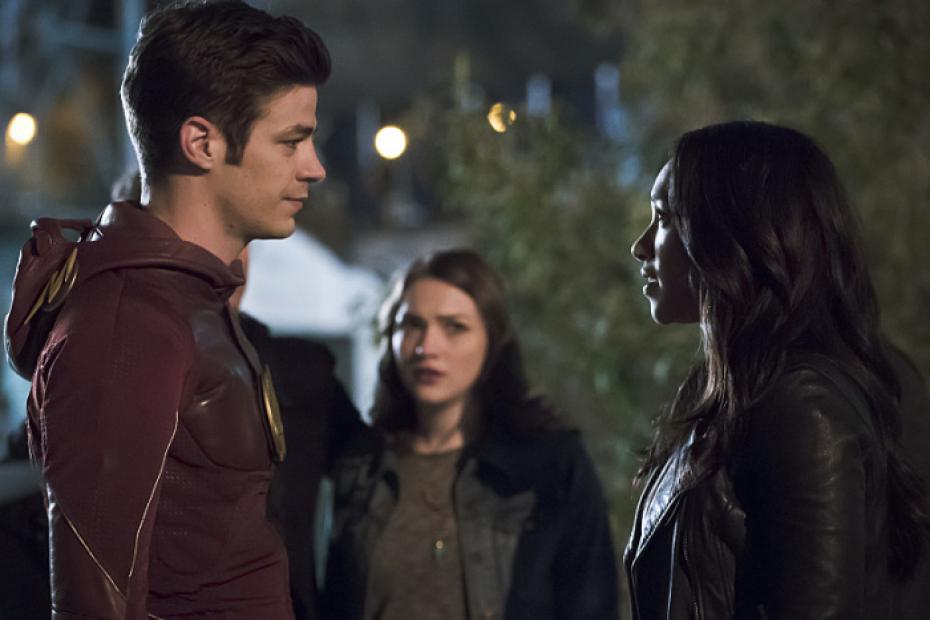 Fans of the Arrowverse are still reeling from the humongous cliffhanger of The Flash’s season two finale – as Barry changed time by saving his mother from The Reverse Flash, thereby altering the whole of his life (and the continuity of the series). He did this just after finally sharing a kiss with his long-time love Iris West. Now, Iris actress Candice Patton has explained how she thinks the character would have reacted if Barry had told her what he was about to do.

At a panel at the Dallas Comic Con’s 2016 Fan Expo (via ComicBook.Com), Patton was asked what she would have told him. You can watch how she responded in the video below. Her answer begins at the 2:45 mark.

Alternatively, you can read what she had to say here:

“That’s a great question. And it’s interesting because they have a great relationship in which she’s really supportive and loyal to Barry, and I think had he told her, she would have said exactly what she said to him on the patio of their house. Which is that, ‘Whatever you need to do, wherever you need to go, do it. I’ll be here when you get back.’ I think she would’ve said the exact same thing. As long as she knew he was coming back.”

There you go, Barry, maybe you should have chatted to her about it. Honesty is the best policy, right?

The change of the timeline means that Barry’s and Iris’s relationship could be completely different next season. In fact, just about every facet of the show could be affected. To read our predictions for what could happen in The Flash season three, visit our recent list here.

It hasn’t been confirmed as yet, but The Flash is expected to return this October, as per previous years.