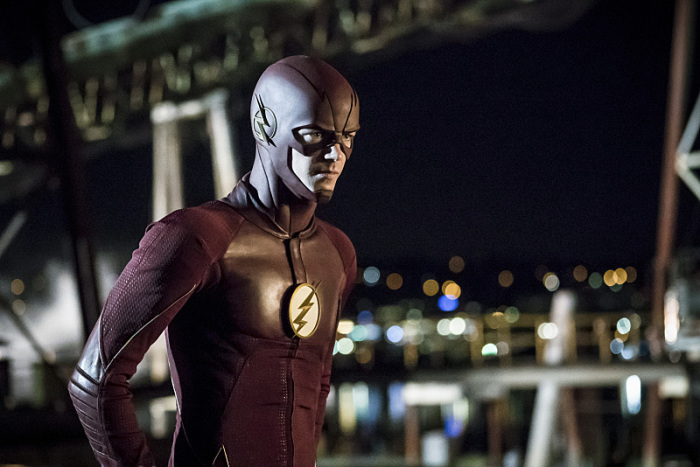 Ever since Barry went back in time and saved his mother in the season 2 finale, fans of The Flash have been counting down the days until the show returned. The reason? Any comic book savvy viewer understood that his actions meant season 3 would adapt the ‘Flashpoint’ storyline – where Barry inadvertently changes history for the worse. Just what form would the show’s version take?

Over the summer, we have learnt, bit by bit, just what to expect. From the fact that the alternate timeline would only last a short while to the reveal that it would also affect Arrow in some form. Then, of course, we also got a juicy trailer that introduced different versions of familiar characters.

Ahead of season 3’s arrival on October 4th, a full synopsis for the premiere episode – fittingly titled ‘Flashpoint’ – has been revealed. Finally, it gives us some hard cold facts about the plot. Read it below:

WHAT WOULD YOU SACRIFICE TO HAVE EVERYTHING YOU’VE EVER WANTED?  — Barry (Grant Gustin) is living his dream life – his parents are alive, he’s asked Iris West (Candice Patton) on a date and he can finally be a normal guy as Central City has another speedster, Kid Flash (Keiynan Lonsdale), running around saving the city. When Barry starts forgetting parts of his old life, the Reverse Flash (guest star Matt Letscher) taunts his nemesis and tells him that there will be serious repercussions for Barry and the ones he loves if he continues to live in this alternate universe. In addition to losing his memories, his powers will also start to fade. When disaster strikes, Barry must decide if he wants to continue to live in this world as Barry Allen or return to his universe as The Flash. Jesse Warn directed the episode with story by Greg Berlanti & Andrew Kreisberg and teleplay by Brooke Roberts (FL301). Original airdate 10/4/2016.