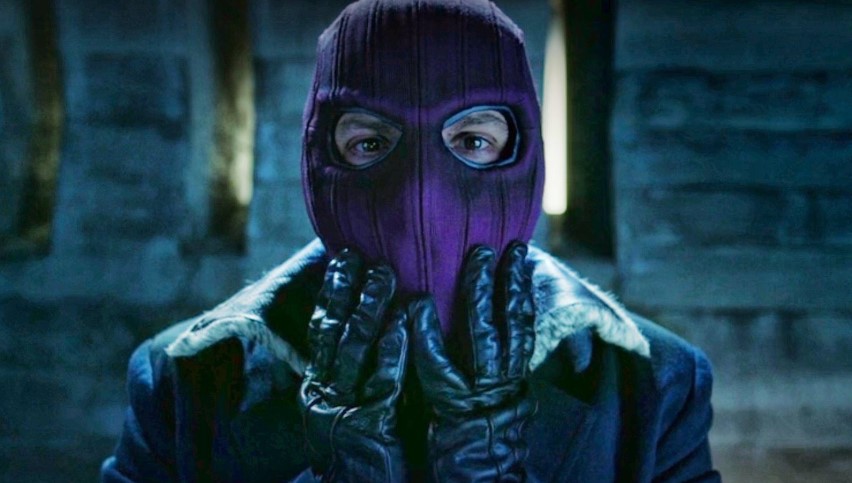 Disney+ has launched today, and Marvel has decided to give us an official look at the upcoming miniseries The Falcon and The Winter Soldier. We have an official look at Daniel Bruhl’s Helmut Zemo, plus we have some concept art for Bucky, Sam, Sharon Carter, and US Agent.

New image from ‘Falcon & The
Winter Soldier’ has been released! pic.twitter.com/lXPOH3Eq6m

This footage of Zemo had actually been teased before, but this is the best look we have at the mask. This is just nitpicking on my part, but I kind of thought that the mask without eyes was more intimidating. Then again, I’m sure fans would want to make sure that it’s Zemo underneath there, and the eyes are a good tell.

As for the concept art, the look for Falcon is probably the closest one we have to the comics, what with the white and red. My guess is he’ll transition into a more “Captain America” look by the end of the series, but I guess this seems fine counting the show will deal with Sam taking on the mantle.

Bucky looks to be a lot closer to his appearance in The First Avenger, what with the short haircut and clean blue suit. I guess it’s cool that his arm finally got a star on it, as I don’t remember it being there for the events of Infinity War.

I was actually caught off guard at the appearance of US Agent (Wyatt Russell), but I think it’s great that he can easily be mistaken for Captain America. I kind of wish they made his suit black, but I guess this appearance makes a lot of sense storywise. Maybe they’ll find a way to make it black in the show somehow.

Lastly, we have Sharon Carter in another SHIELD uniform. I always thought she was kind of bland as a character, but hopefully The Falcon and The Winter Soldier will give her a lot more agency this time around.

Disney+ is live now, but The Falcon and The Winter Soldier is set for a release sometime in the fall of 2020.