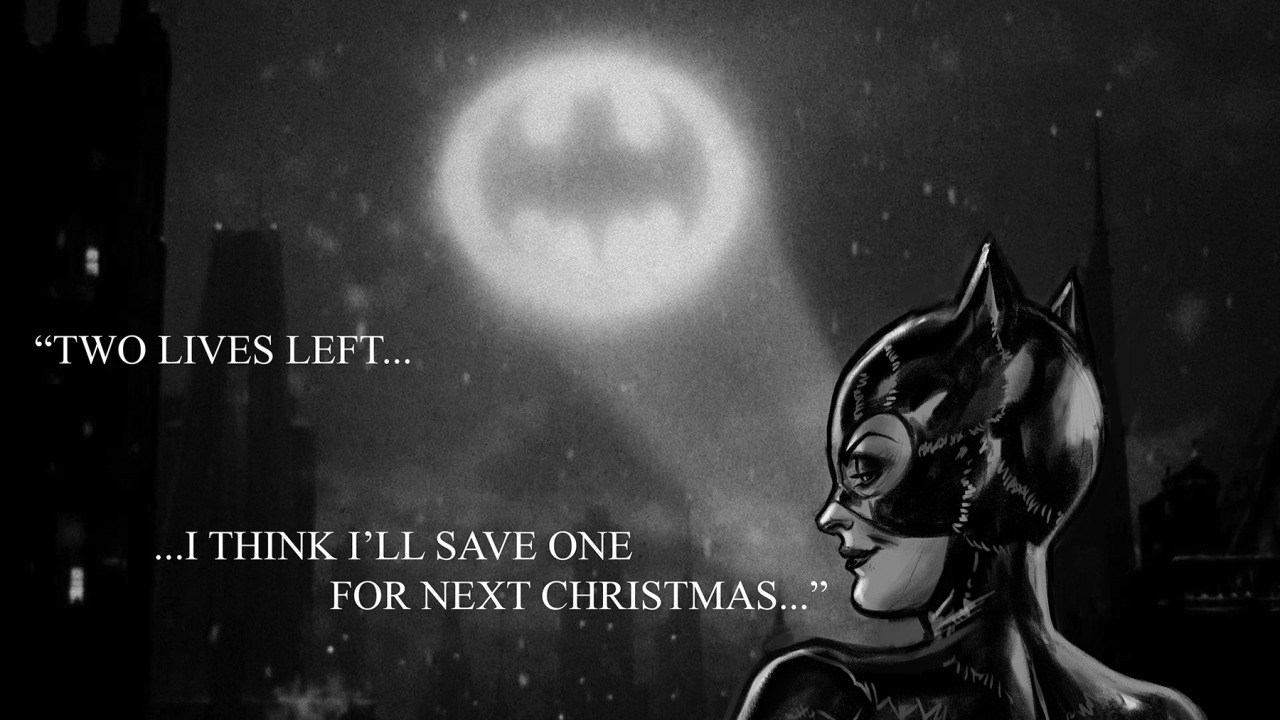 Writer Kate Leth and artist Joe Quinones had grand plans to revive the Tim Burton Bat-verse in comics. Sadly, the proposal was turned down by DC.

Quinones wrote on his blog that his pitch with Leth last year was influenced by DC’s Batman ’66 series. It would have picked up the story threads left by Burton’s Batman Returns, featuring the return of Selina Kyle/Catwoman. Additionally, the series would have seen the introduction of Burton inspired takes on characters such as “Robin, Barbara Gordon/Batgirl, Harley Quinn and Poison Ivy. It also would have showcased the turn of Billy Dee Williams’ Harvey Dent into Two-Face” (!)

This is incredibly unfortunate news, but take a look at Quinones’ concept art:

Why this fantastic idea wasn’t greenlit? The world may never know. Harley Quinn in the Burton Bat-verse could have surely been something special and seeing Billy Dee Williams’ Dent/Two-Face transformation would have been an exciting move for that character. At least we got a taste of the inspired Burton-Batman world with the exceptional Batman: The Animated Series. Still, this comic had an incredible premise, and a lot of promise…