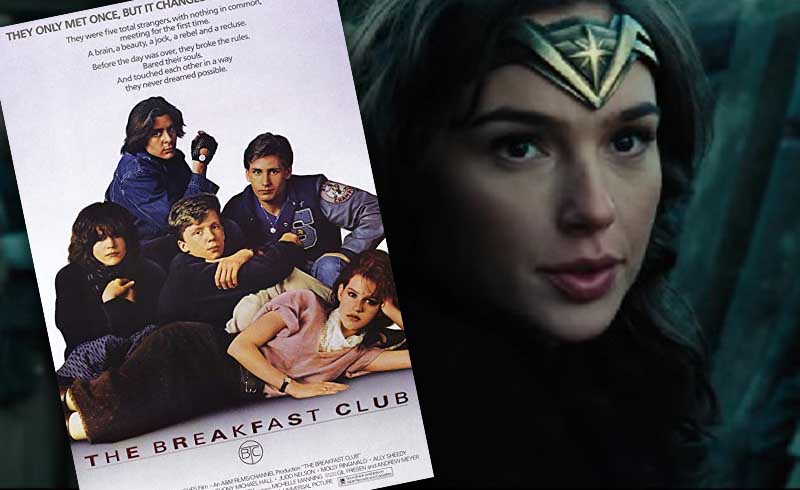 Wonder Woman 1984 is currently undergoing production, but that hasn’t stopped the cast and crew from having a little fun. Just recently, we have this new photo of the main cas, including director Patty Jenkins, recreating the poster for 80s cult classic, The Breakfast Club.

You have Gal Gadot front and center with Chris Pine, Kristen Wiig, and Pedro Pascal in the back Overseeing everyone from the very top is director Jenkins herself.

Though we’re already sure about the characters of Wiig, Gadot, and Pine, we’re all still curious about whoever Pascal is playing. A lot of speculation is moving toward the guess that Pascal is playing another god in disguise—possibly Hades. Hades was mostly absent from the first Wonder Woman, and I can’t help but feel that he was being saved as the villain for the sequel.

Personally, I was kind of hoping that the movie’s villain was the sorceress Circe. She has a penchant for turning people into animals, this making Cheetah’s introduction make sense. Plus, it would be interesting to have the main villain be a woman this time.

Wonder Woman was a huge success when it released and a lot of people can’t wait to see what the sequel has in store. Catch Wonder Woman 1984 in theaters Nov. 1, 2019.