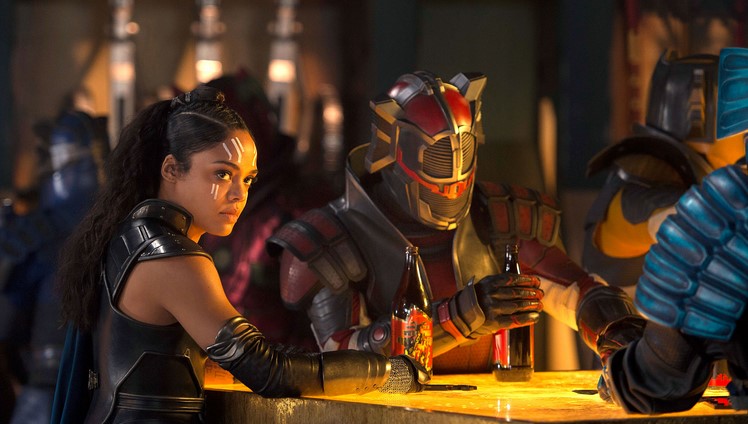 Word has come out that WB is looking for a person of color to play Catwoman, and everyone online has been scratching their heads on who could take on the role of Selina Kyle. Thanks to The GWW, we reportedly have a short list of who could be taking on the role of Gotham’s most infamous cat burglar, Catwoman.

Seeing that Thompson, Nyong’o, and Shipp have already starred in their own comic book films, it’s likely that the DC will want a fresh face to take on Catwoman. Then again, I always felt that Shipp has been underused in X-Men, so I’m kind of hoping that she nabs a more substantial role soon—maybe this one.

I also just realized, if Shipp lands Catwoman, she would have followed the superhero track of Halle Berry who started off as Storm in X-Men and ended up playing Catwoman as well. Let’s just hope that this version of Catwoman doesn’t suck.

For now, Robert Pattinson remains to be the only cast member announced for The Batman. Rumors have been going around for other people possibly joining the cast, but nothing official has been put up by WB. Let’s just hope we get some announcements soon so we can get this Caped Crusader train chugging in time for its 2021 release.