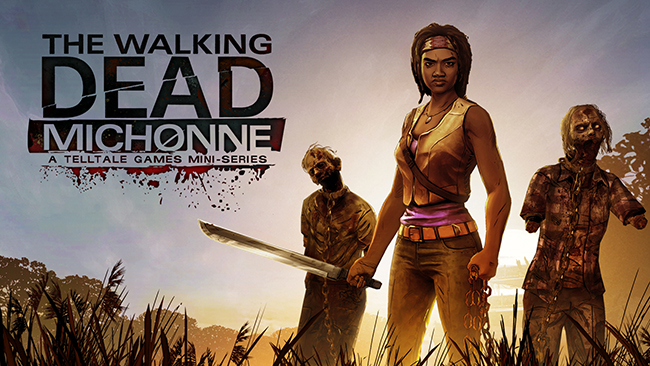 Last year, Telltale Games announced they were adding another game to their TWD series, a standalone with an emphasis on Michonne. Today the release date has been revealed — February 23.
The series will be different from what fans are used to from the developer; a miniseries featuring three episodes, instead of five. As a bundle, the game will cost $15 USD and launched on PC/Mac, PS3, PS3, Xbox 360, and Xbox One. For iOS and Android devices, the launched date is February 25.
The first episode, “In Too Dee,” follows Michonne as she joins Pete and his crew on their ship The Companion. The group moves along the coast in search of supplies and other survivors. As their search drags on, they are alerted by a signal for help and a “horrific massacre” which leads them to the survivor colony, Monroe.
“Give No Shelter,” the second episode, releases in March, followed by the third episode, “What We Deserve,” in April,
Cast as Michonne for the series is Samira Wiley, of Orange is the New Black fame (Poussey Washington).
This upcoming Sunday, February 14, Telltale will host an extended preview of episode one on their YouTube channel at 8:30pm EST, 7:30 pm CST, and 5:30pm PST.