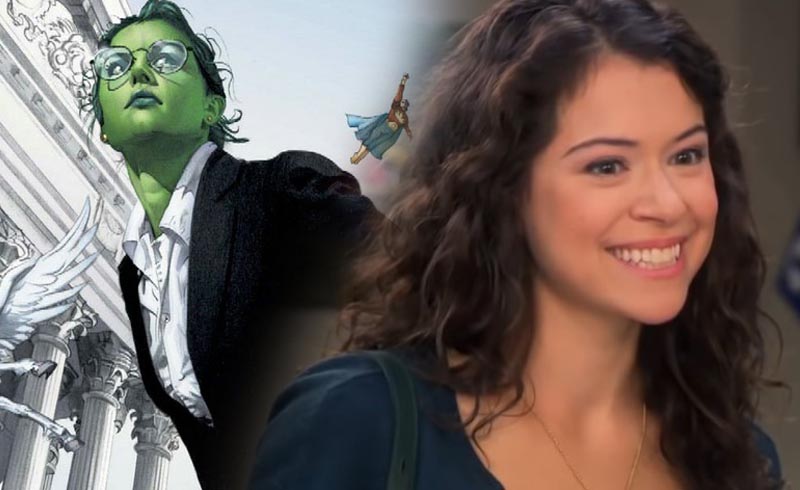 It looks like things are definitely moving fast for Disney+’s She-Hulk series. Besides news of production starting in February of next year, it looks like Marvel Studios has finally found someone to take on the role of Jennifer Walters.

According to Variety, Tatiana Maslany (Orphan Black, Perry Mason) is ‘nearing a deal’ to play the lead role in the She-Hulk series. Marvel was said to have been looking for an ‘Alison-Brie-type’ to take on the role, and though I’m bummed Brie wasn’t cast, I think Maslany will do a great job.

While Maslany is best known for her roles in drama series, you may recognize her in Parks and Recreation as Nadia, one of Tom’s exes. It’s said that Marvel wants someone with comedy chops to take on the part of She-Hulk, and I think Maslany could very much play the part.

In the comics, attorney Jennifer Walters had gained the powers of the Hulk after a blood transfusion from her cousin Bruce Banner. Unlike the Hulk though, when Jennifer transforms, she pretty much keeps her intelligence and personality—like the Hulk we see in Endgame.

We don’t know how Marvel plans to mix it up for the Disney+ series, but it’s possible they could go a very different route. With Jennifer’s role as a lawyer, everyone is kind of hoping that she gets to meet other heroes and defend them in court. Some were hoping that Jennifer team-up with Matt Murdock to try and exonerate Peter Parker after he’s accused of murdering Mysterio.

It’s just a pitch for now, but it would be great to see those worlds colliding.

No release date has been set for She-Hulk, but it’s possible the series could come out in 2022.