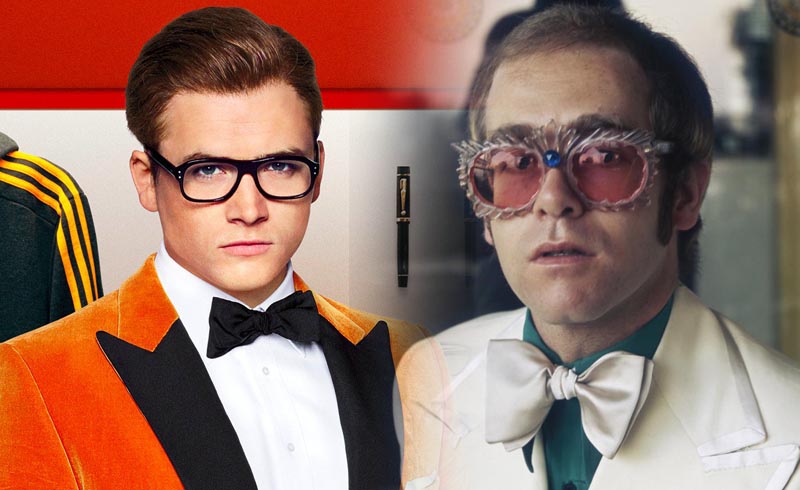 Elton John joined Taron Egerton in the latest Kingsman movie, and now news has it that Egerton will be playing John in a biopic about his life.

According to Deadline, Paramount has given the greenlight for Rocketman, an Elton John biopic titled after his hit song. Dexter Fletcher will be directing the film, and what’s interesting is, before Rocketman, Fletcher will have worked on another biopic centered on a gay rock star, Freddie Mercury, titled Bohemian Rhapsody.

It’s also worth noting that Egerton will be performing the songs himself for the film, and sources have confirmed that he actually has the voice to pull it off, even singing some of John’s classics to others. This will be almost in the same vein as Rami Malek’s performance as Freddie Mercury, which will be a mix of his own singing as well as original recordings of Mercury himself.

The script will be coming from Lee Hall (Billy Elliot) and also has Kingsman director Matthew Vaughn attached as a producer; alongside him will be Elton John himself as well as David Furnish.

As for Egerton, he’s worked with Fletcher before with the movie Eddie the Eagle —which was also a biopic —about Eddie Edwards, an Olympic ski jumper back in the 80s. The film had generally great reviews, so I’m sure Fletcher will do a great job with Rocketman.

No release date has been announced for Rocketman, but with Bohemian Rhapsody releasing this year, we could probably get the film in theaters by 2020.