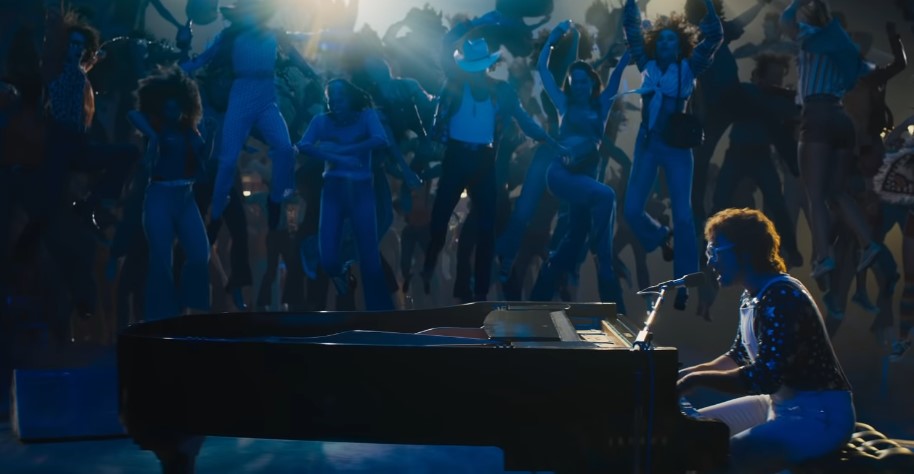 Elton John had made a cameo appearance in 2017’s Kingsman: The Golden Circle, but we had no idea that Taron Egerton would end up playing him onscreen less than two years later. We’ve gotten a teaser for Rocketman before, but now Paramount has dropped a full trailer for the film.

The interesting thing about this movie is that it’s going to try and play with the biopic formula and mix in a bit of fantasy and surrealism while telling Elton John’s story. For someone as lavish and fantabulous as his stage persona, I think the best way to treat his story would be to have musical numbers and a lot of crazy costumes.

Joining Egerton in the cast are the likes of Jamie Bell (The Adventures of Tintin), Bryce Dallas Howard (Jurassic World), and Richard Madden (Game of Thrones). On the director’s chair is also Dexter Fletcher, who had worked with Egerton on Eddie the Eagle, and was also the same person who was hired to finish Bohemian Rhapsody for Bryan Singer after he was fired.

While Bohemian Rhapsody was a smash hit when it came out last year, it did receive a lot of criticism for being your typical music biopic. Hopefully Fletcher and his team have something more interesting in mind when it comes to telling Sir Elton John’s story.

Catch Rocketman in theaters May 31.