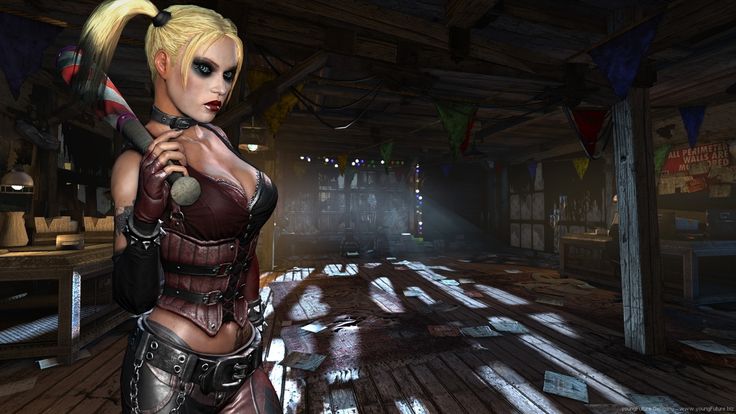 This only needs a three-word response: Make it happen. Tara Strong is integral to the DC Universe. Integral. Her rap sheet is infinitely long and her IMDB page defines internet-rabbit hole. She’s been a part of the mythos since her stint as Batgirl in Batman: The Animated Series, took over as Harley Quinn after Arleen Sorkin’s retirement from the role, she voices Raven, and has voiced Poison Ivy. Her iconic pipes can also be heard in the Suicide Squad episode of Arrow Season 2.

As if being the voice of our childhood, and adulthood, wasn’t enough, the legendary voice actress has now revealed her desire to appear in a Stan Lee-esque cameo in the Harley Quinn-helmed spinoff film.

I just wanna make a @RealStanLee cameo, like bring those hotties coffee https://t.co/pWCf2o2IYI

This is a fantastic idea. One that could hopefully see an awesome exchange between Tara and Margot’s Harley. Imagine Tara’s cameo as her serving coffee using her Harley voice, and Margot reacting to it. Yes, please! It’s too easy and an easter egg like this would be nothing short of the perfect fan service. As Tara has said before, despite her involvement in various Marvel properties, DC is her world and little would be more awesome than seeing her appear on the big screen, even if it is in a small way.

If for some reason you are unfamiliar with her, or think you are, check out her vine below on morning traffic. In it, she voices some of her most well known characters and their response to traffic — Bubbles (Powerpuff Girls), Timmy Turner, Harley, and Raven (Teen Titans).

With the Batman: Arkham series, undergoing another resurgence thanks to Asylum and City’s PS4/Xbox One Batman: Return to Arkham remaster, her Harley will once again be on everyone’s mind. What better way to follow that excitement up than to announce her cameo in a future film? Let’s continue to dream, in hope that it will someday happen.