Skip to content
Home » Suspiria Reviews are Out: Boos and Applause 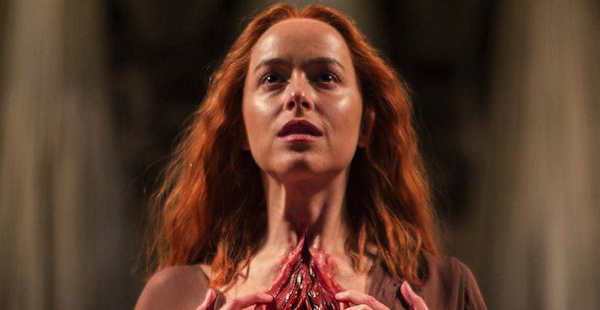 The remake of the 1977 horror film, Suspiria, was announced three years ago. The announcement confirmed that Call Me By Your Name director, Luca Guadagnino, would be at the helms of the new film. Naturally, there was push back when it came to the choice of director. Not everyone thought Guadagnino is the best choice for the remake.

The movie recently premiered in this year’s Venice Film Festival. Similar to the reaction with Guadagnino as the director, the movie has garnered very polarizing reviews from acclaimed film critics.

Time Out‘s Joshua Rothkopf thoroughly enjoyed the remake. In his review, Rothkopf gushed about Guadganino’s Suspiria – calling it the classiest horror film of recent history. He applauds the use of muted colors. He also points out that Thom Yorke’s scoring was perfectly befitting.

Overall, Rothkopf enjoyed the movie even after he has watched it. It has a resonance that most horror films do  not have:

“Suspiria gets gooier by the end—I preferred the creepy buildup—and these croaking, climactic scenes have the slippery weave of a nightmare. It’s only hours afterward that Guadagnino’s film will cohere for you and yield its buried treasures: the bonds of secret sorority, the strength of a line of dancers moving like a single organism, the present rippling with the muscle memory of the past. It’s so good, it’s scary.”

On the other side of the spectrum is Roger Ebert’s Glenn Kenny’s scathing review. At its best, Kenny calls the movie pretentious. According to the critic, it was insulting as it is opportunistic:

“In the future, if there is one, film historians chronicling the death of auteurist cinema will cite Luca Guadagnino’s “Suspiria” as the point where this mode of moviemaking definitively entered its decadent stage. This empty, overstuffed, ugly and thoughtless remake—Guadagnino apparently prefers the term “cover version”—of the grindhouse-surreal 1977 film directed by Dario Argento is a breathtaking achievement in hollow, know-somethingish sensationalism that fully deserves to be called “pretentious.” And quite a few other things.”

Right at the very middle is The Hollywood Reporter’s David Rooney. The critics praises Guadganino’s visuals. He gushes about the unrelenting climax; calling it the best and most horrifically violent scene he has been privy to in a long while. Nevertheless, like Kenny, Rooney laments the fact that the Suspiria remake was almost too intellectual for its own good. Too intellectual that it forgets its horror roots:

“It’s all quite aesthetically striking and yet the new Suspiria remains distancing, often borderline inert, not to mention only marginally more coherent than the original version, which showed as little sustained attention to narrative drive as it did to nuanced performance. (Was the great Alida Valli ever hammier? Or the divine Joan Bennett more pricelessly camp?) Guadagnino has made an ambitious homage, but it doesn’t really benefit from its more intellectualized gaze, instead draining the stomach-churning thrills of great horror.”