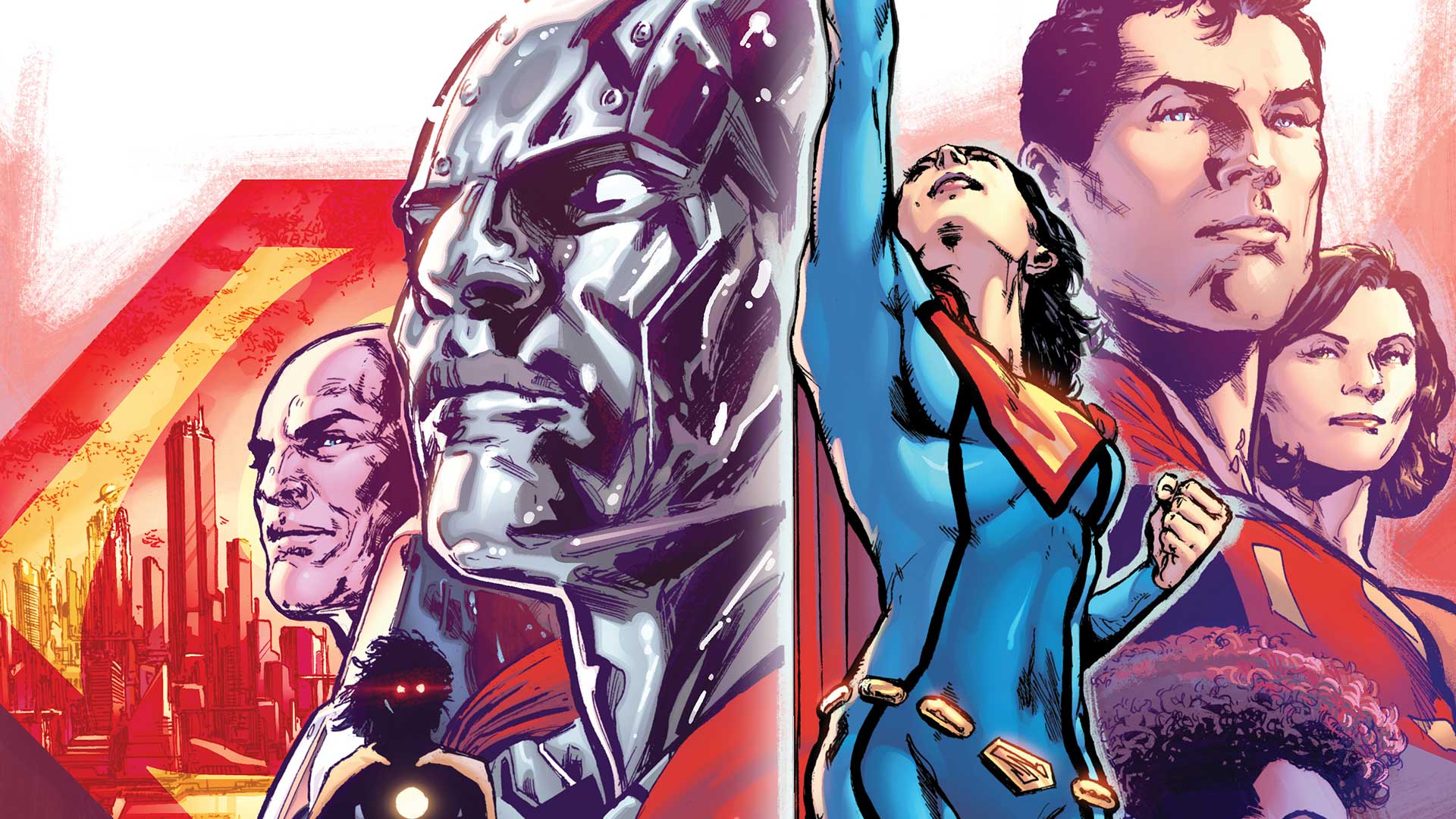 After The New 52’s underwhelming version of The Death of Superman, several other characters have taken on the symbol of hope for themselves; one of them is Lois Lane. As she tries to fill in Clark Kent’s superhero role, Lois confides in Lana Lang to help her become the best super-person she can be as Superwoman. This introductory issue requires a bit of backstory, but the book seemingly catches you up.

For starters, you need to know that this Rebirth story is post-Superman’s death. All while another Clark Kent doppelganger continues to live a happy married life with another Lois Lane. (Welcome to comic book logic.) Clark’s explosive death transferred his powers to Lois Lane and Lana Lang, farmer and engineer, is teaching her how to channel her newfound powers for the better. Lex Luthor, another self-proclaimed new Superman, is competing for the part of Metropolis’ Marvel. Lois Lane and Lana Lang don’t plan on allowing Lex Luthor’s lowly intentions to keep Clark’s legacy alive… Wow, that’s a lot of Ls. 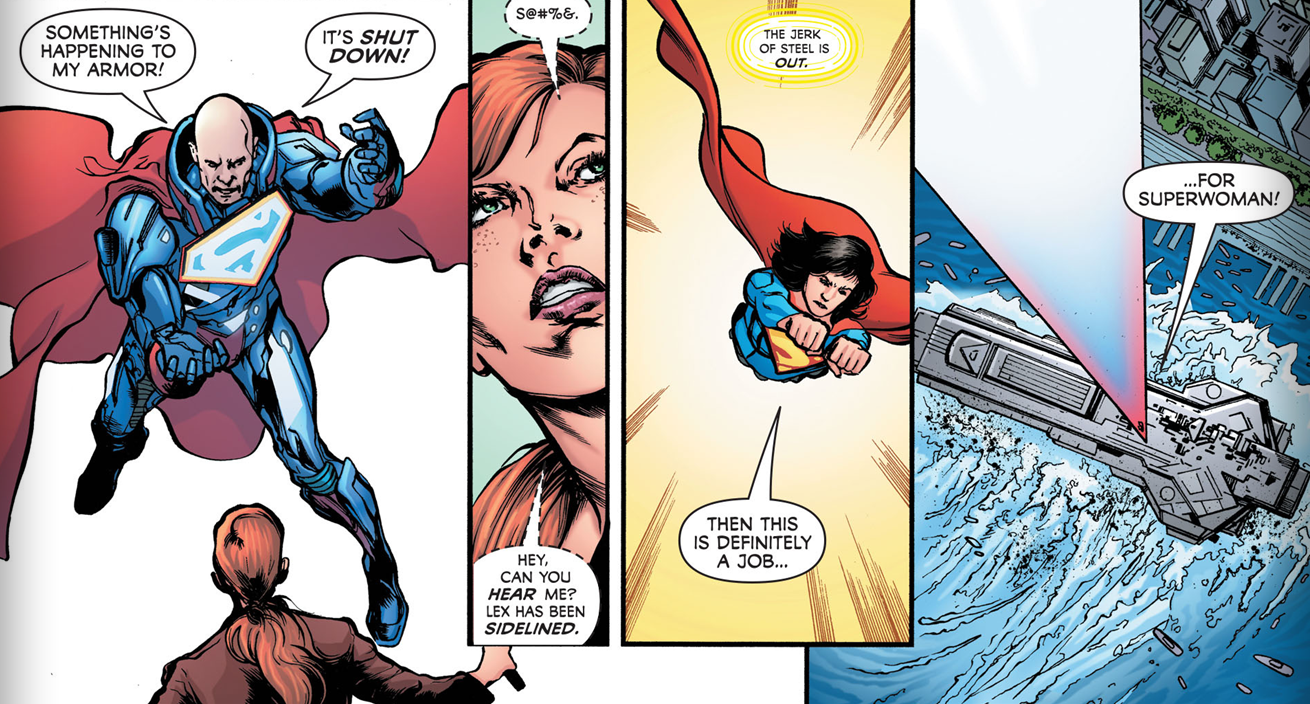 This book sets up a whole new plot in the middle of some comic book history in the making. It doesn’t feel like it’s condescendingly giving exposition for exposition sake and it isn’t convoluted enough to overlook new readers. I thought the story was appropriately balanced. A lot of which came from Lois and Lana playing off of each other. They form a really good duo that has the potential BFF material.

Phil Jimenez’s art is not my favorite, but I give major props to a man who can pull triple duty on a comic book. The solicitation is also a bit misleading, unless nosebleeds are the equivalent to “Lois’ new powers are killing her”. Plus, the solicited Ultra Woman appearance is very minimal. Minor issues aside, I really liked this introductory book. It spent a lot of time playing homage to late 90s Superman stories and at the same time it brought something completely new to fit our time. 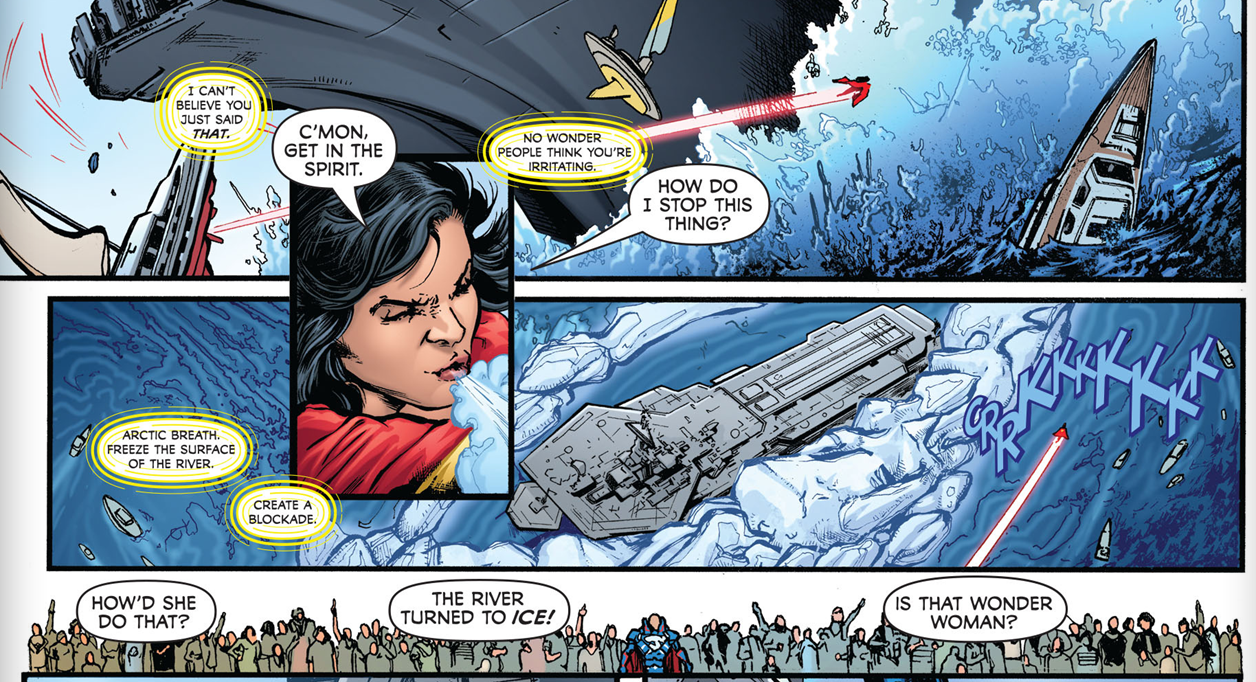 I’m now going to delve into some spoilers so… SPOILER WARNING.

There’s a death at the end of the book that is very much spoiled on the next issue’s cover. It’s comic books, so this death is most likely not going to stick, but the real red herring comes from the redhead herself. Lois Lane is not the only Superwoman. In a surprise twist, that I genuinely didn’t expect, Lana Lang reveals to have gotten the other half of Clark’s powers when he died. I loved how this obviously paid homage to the 1997 Superman Red/Superman Blue story arc. Lois Lane is wearing the blue outfit, while Lana Lang is wearing the red one, with somewhat inverted super powers.

Hopefully the death doesn’t last because I really want to see this Superwomen relationship deepen.

Superwoman #1
“Who Is Superwoman?” part one! Lois Lane takes flight! Now powered up with the abilities of Superman, Lois pledges to carry on the super-legacy as Superwoman! There’s only one problem: Lois’ new powers are killing her, and neither she nor her friend and confidant Lana Lang know what to do about it. Will Lois even survive long enough to learn the deadly secret of Ultra Woman?
Written by Phil Jimenez

This issue is a really good beginning that includes novelty and homage all in one.