Skip to content
Home » Supergirl is the Superman the DCEU Needs 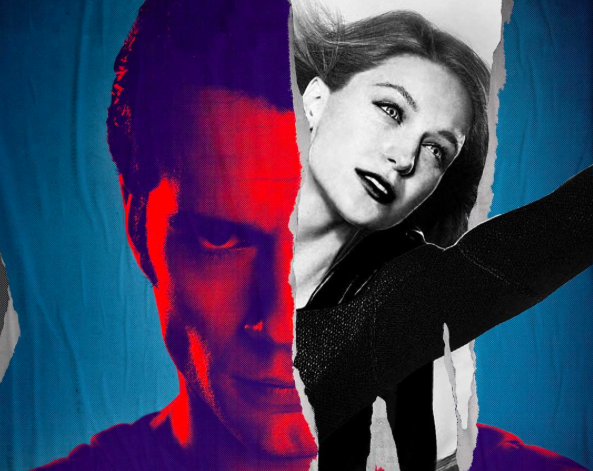 I’m one of those who consider Superman non-relatable. I know, Geoff Johns has made it perfectly clear the Man of Steel’s relations to normal folk is his connection to humanity. At his core, he’s a small town farm kid who moves to the big city in an effort to succeed in life. What’s more human than that? With said position in mind, I argue that is what makes Clark Kent fascinating. He embodies an intriguing duality, where he’s the most vulnerable man in the room, but secretly the most powerful being in the Universe.

However, the way I’ve seen him (specifically in the DCEU), that duality is never fully explored; especially when compared to someone like Batman, who manifests three personas. My main point of contention with the character is that he’s never weak, unless of course there’s Kryptonite involved — and Magic, in the comics. But let’s fast forward to why Supergirl works, in my opinion, and the Boy Scout doesn’t. Full disclosure, my knowledge of Supergirl stems only from the cartoons and the TV show. Here, I will only reference her show.

Kara Zor-El is just as powerful as her cousin Kal; they share the same abilities and the same weaknesses. In the show, we see her get hit, fall down, struggle to get back up, and then express excitement or relief once her foe is down. It happens quite often. This gives the audience someone to root for, because there are times when she loses. In one of the earlier episodes, Superman has to intervene when it appears she’s down for good. She then spends the rest of the episode conflicted over the kind of hero she wants to become. To her, his help is a setback. How is she supposed to gain confidence, and garner the city’s trust, if she always has to rely on her cousin?

Batman v Superman shows Superman relying heavily on Batman, to save his mother, and Wonder Woman, to defeat Doomsday. To be fair, if he wanted, Supes could have, should have, saved his mother before battling the Kyrptonian abomination. Doomsday being hit with a missile and crashing, after Superman flies the monster beyond Earth’s atmosphere, is the reason why he acquired his first burst of extra power. Not to play the blame game, but a certain life could have been saved had the Trinity taken a couple of minutes to strategize a plan of attack. Instead, they went in guns blazing (figuratively), something Kara learns is a mistake towards the end of Season 1.

The Flash arrives in National City and the Girl of Steel promises to return him to his Earth if he helps her take down Livewire. When she believes they have a chance to ambush her foe, she runs in without a plan, despite the Speedster’s warning. Both are instantly defeated. Later this failure pays off, as the two heroes hatch a plan at the DEO to take out their adversaries. I know it’s not practical to compare a film to a show with a 20 hour run. However, these developments in her character, though minor, took shape over a 40 minute episode. When will we see character growth of this nature in the DCEU’s Super-person? The Man of Steel sequel?

We also see Kara struggling to find her place as a hero. When she makes a mistake, she doesn’t fly off in regret (like Superman does in BvS), leaving the world to figure out its own problems in her absence. She faces them head on, even if her heroics are unwanted. In the Falling episode, Kara’s afflicted by Red Kryptonite. At one point, she tosses Cat Grant off the side of CatCo, lets her fall and catches her at the last minute — If Batman were a flying blonde in heels…

The DEO eventually gets rogue Supergirl under control. When all is well, she breaks down in tears at her uncontrolled actions. Kara then spends the next two episodes, including The Flash crossover, trying to get back into the public’s good graces. They fear her, don’t want her around, and even her triumphs are skeptically taken in kind. Not until Barry Allen gives her advice, for he’d been subjected to something similar in the past, is she finally able to move on from her shortcomings. This is later highlighted when a group of National City citizens (people who once feared her) stand to defend Supergirl, following her attempt at saving them.

Again, it’s not fair to compare; this character arc was developed over three episodes. However, after two films roughly spanning five hours total, Superman hasn’t received half the progression. I don’t care for the Big Blue guy, by proxy, I shouldn’t care for his cousin either. But I do. I’m rooting for her, every step of the way. Man of Steel was supposed to provide the same feeling for audiences, yet many would agree it did not. If it had, the ending to BvS would have been heartbreaking, and I’m sure for die hard Superman fans it was. Though perhaps not for the reason intended. His death didn’t feel earned; his sacrifice didn’t seem warranted. Any and all emotion I felt was poured into the sight of his candlelit memorial.

How beautiful is that? But, again, it wasn’t earned. This memorial is reactionary; it’s “I can’t believe he saved our lives after we gave him Hell.” It’s “you don’t know what you have ’til it’s gone” levels of memorializing a figure that was never understood. An individual who was never given a chance to be understood. And it’s not the fault of the world in which he lived, it’s the fault of those who crafted it.

I don’t expect to see Superman burst into tears at his failure. Nor do I expect him to openly discuss his feelings for a couple of minutes of screen time. And perhaps that’s just it. Is Supergirl able to succeed with its hero because she’s female? Because she can cry and air her deepest thoughts without the audience batting an eye in contention?

What if Superman had shed a few tears while Lex taunted him about his mother’s kidnapping in BvS? I’m a crier, I’ll cry over nearly anything. I’m probably worse than a “half-baked” Kevin Smith watching The Flash. The scene between Lex and Supes on the roof should have torn me to pieces. Instead, it and the following scenes left me wanting more. Superman’s a momma’s boy. Show us that, please. Imagine he drops to his knees in defeat, but instead of looking up in anger, his cheeks are tear stained. Lex looks back at him like the cold bastard he is, then we see the fury and anger. He grabs Lex, and out of those teary eyes comes his struggle to keep his powers in check. Then the scene continues on with Lex’s theatrics. I would have taken kleenex to my second viewing in theaters.

Once more, I have to wonder if this only works for Supergirl because she’s female. I would argue no, since Grant Gustin has had to master the art of crying on camera in The Flash. Perhaps audiences just aren’t ready to see Superman in such a state; maybe the studio believes that. If so, does that explain why we’re getting a brooding Man of Steel with an emotional barometer shorter than Batman’s patience?

I don’t mind a darker Superman. I’m all for a different take on the character, but I believe there are a few essential aspects that need to remain unscathed. Namely, his ability to inspire hope. Supergirl nails it perfectly. Half of the Season 1 finale focuses on it, in fact, when all of National City is brainwashed, besides Kara and a few select others. So what do they do to break the trance? Use a broadcast to get Supergirl’s voice on the air waves. The citizens hear her words of encouragement, her promise that things will improve, and see her symbol to remind them of the hope she represents.

Of course, the DCEU is going for a real world interpretation of how mankind would react to superheroes. But changing the world’s response to Superman does not mean he himself has to be so drastically altered. He can be as serious and intense as possible, without having to lose the aforementioned aspects which have for so long been a staple of his character.

Speculation asserts classic Superman may be on full display once he returns from death in Justice League. He’ll return to a world still mourning his sacrifice and untimely passing. He’ll return to a world, and a team helmed by Batman and Wonder Woman, that’s willing to see the best before assuming the worst. In turn, this may foreshadow his becoming the hero fans have been waiting to see since Man of Steel hit theaters in 2013. The character will have the baggage of his dark past, to mix in perfectly with his new found outlook of hope and optimism. Surely, that’s what Snyder and Co. are going for. Besides, who returns from the dead (without the help of a Lazarus Pit) and fails to make it their goal to inspire others?