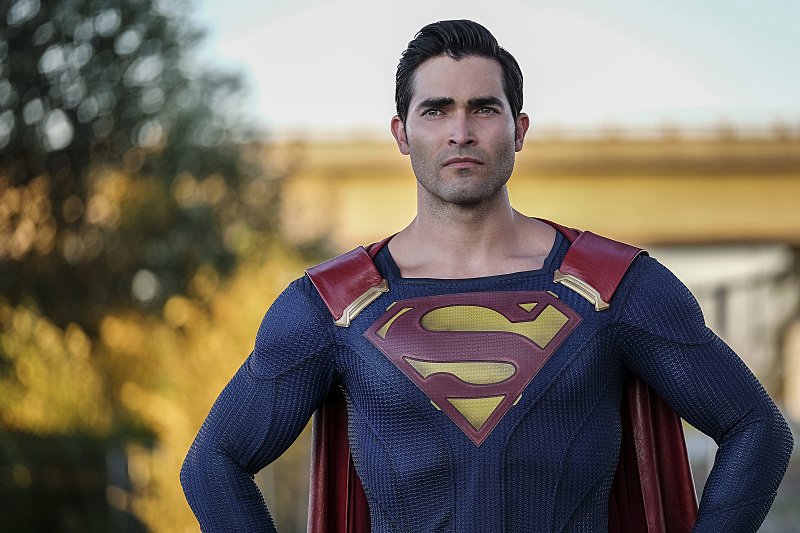 After months of teaser images (both official and unofficial), we finally have our first glimpse of Tyler Hoechlin’s Superman in the very first promo for Supergirl‘s second season. Before we go any further, watch the video below:

The sky’s the limit for Supergirl and Superman. #SupergirlCW Season 2 premieres Monday, Oct. 10 at 8/7c on The CW! pic.twitter.com/pyQ83VELOo

It might only be thirty seconds long, but the promo packs a lot into its brief runtime. It sets up a dramatic, ominous tone through showing Cat Grant and her CatCo employees watching a spacecraft crash to Earth in stunned silence. We then get Superman taking off (without the ground-shaking after-effect of Henry Cavill’s Supes, you’ll notice) as well as Kara stepping into action herself. She also speaks for the whole of the audience in her voiceover: “I’ve dreamt of this moment. The two of us teaming up.”

And finally – the money shot. Kal-El and Kara Zor-El flying together through the city skyline, two red capes billowing in the wind. The stuff that comic book fans’ (and apparently Kara’s) dreams are made of.

In Season One, Supergirl soared fighting crime and battling various villains, chief among them two Kryptonians who were intent on destroying earth, but she has yet to find that same empowerment as Kara Danvers. Now, in Season Two, Kara has left the safety of being Cat Grant’s assistant in order to figure out what she really wants to do, while as Supergirl she continues to work at the DEO., protecting the citizens of National City and searching for Jeremiah and Cadmus. Along the way, she will team up with Superman (Tyler Hoechlin) to battle new villains, as she strives to balance her personal life with her life as a superhero.