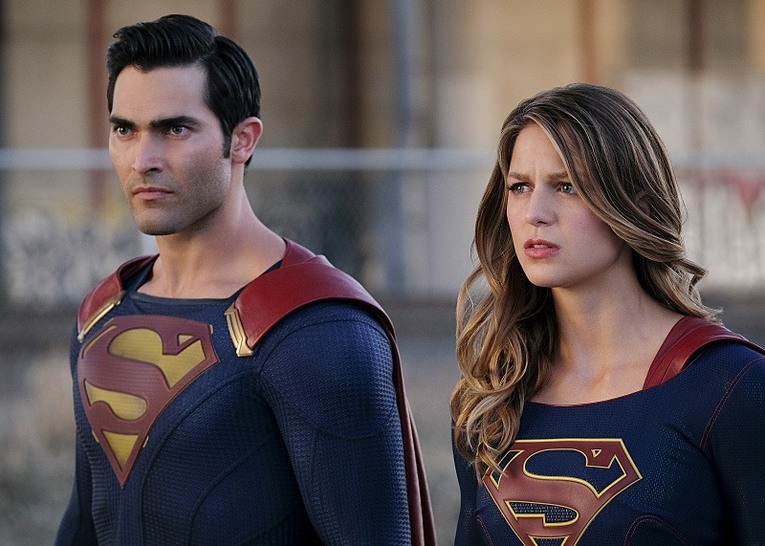 Change seems to be an incredibly prevalent topic when it comes to Supergirl. There were a lot of different question marks at the end of last season. What was in that pod that crashed? Will we ever see Superman? Where does she go from here? And most importantly, will the move from CBS to The CW affect the show as a whole? Thankfully most, if not all of these questions were answered. I’m happy to report that Supergirl is as great as it was in its first season.

The episode wastes little time and picks up exactly where the end of last season left off. Kara and Martian Manhunter both work together to stop the meteor that is raining down on National City. It turns out that the meteor is actually a ship, a Kryptonian ship very similar to what Supergirl came to Earth on. Inside the pod is what appears to be a Kryptonian, just like Kara and her cousin, Superman. Not much is answered about who exactly is in the pod, but there’s no doubt he will come into play at some point.

The big storyline is the addition of Superman working together with his cousin. After an entire season of him being in the shadows, or at least his face, it was nice to finally have a real Superman. Good Lord, Tyler Hoechlin absolutely nails Clark Kent and Superman. I wasn’t 100% on board when I first saw his look a few months ago. My god was I wrong. From the second he comes on screen he is Superman. His mannerisms, the way he talks, his clumsiness, all of it. It’s classic Superman and is inspired by the Christopher Reeve and Richard Donner Superman. No offense to Henry Cavill, but this is the best Superman since Reeve and is the best Superman around right now.

I know this has probably been said before, but I love Melissa Benoit as Supergirl. Granted I never read the comics, but she’s so damn likable. She’s so effortlessly charming, relatable, quirky,and lovable. I’m not sure a different actress could make it work. So much of what’s great about Supergirl lays on her shoulders and she continues to impress in the title role.

It’s also worth noting that Superman and Supergirl have excellent chemistry together. Pretty much every moment they were on screen left a big smile on my face. Both of them are such excellent symbols for good and the show really understands the roots of both characters. They are both so believable and there was never a moment that felt out of character for either. They own each role and are incredible together.

A lot of storylines were introduced in the premiere. The new Kryptonian, previously mentioned. What Kara’s new career would be at CatCo. The introduction of Lena Luthor(Katie McGrath), as well as Lex, even though he obviously wasn’t present. It shows the bigger universe within the show and DC fans will adore all of the little cameos and easter eggs riddled through the show.

I do have some problems with the episode though. My main one being the relationship between Jimmy Olsen and Kara. So much was built up in the previous season about them finally being together. To friend zone him after all that just didn’t make a whole lot of sense to me. I can understand having a change of heart, but so much of last season was about will they or won’t they get together. Now out of the blue that’s over and feels a little out of place.

Side note, I really liked the moment between Kara and Cat Grant at the end when she finally decided to be a reporter. Cat can be very “Devil Wears Prada”-esque and I always love seeing her when she is an actual human. For her to know that that was exactly what she was going to be from the beginning was just so sweet and is a part of what makes the show great.

I’m assuming if you’re reading this you’re already into the show, but I don’t think it gets nearly the amount of love it should. Tell you’re friends about it, season one is on Netflix and it’s very easy to get into. Season two is off to a really great start.

Supergirl airs on Mondays at 8:00 on The CW.

Supergirl starts season two on a high note. With an excellent portrayal of Superman, excellent chemistry between Kara and Clark, and some great nods to the greater DC universe.The man and woman of steel soar in this premiere.