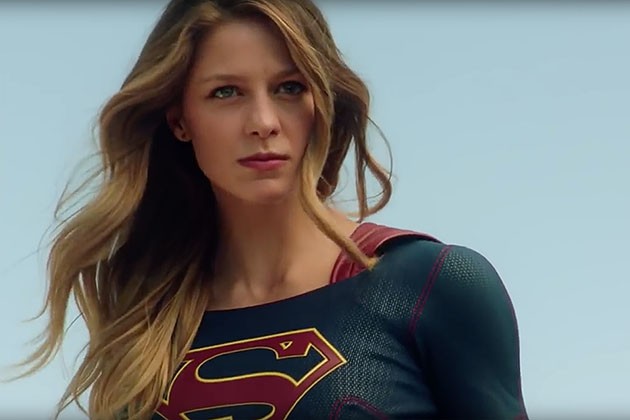 There was a lot left open at the end of Supergirl’s Season 1 finale. Thankfully, the show returns this fall to The CW, and will hopefully answer the bevy of questions floating about. Superman is getting introduced, and former Wonder Woman Lynda Carter has been cast as President. However, that’s all we know. Thanks to the Martian Manhunter, David Harewood, a bit more has been revealed. Behold, the title of Season 2’s premiere episode:

At first glance, it doesn’t appear to mean much. How many “Adventures of…” have Superman and Supergirl had? The the real surprise comes via Entertaiment Weekly’s Spoiler Room:

“Hank had a vision of Jeremiah, but was it actually real? ‘You should question everything,’ EP Andrew Kreisberg says cryptically. ‘Until you see Jeremiah Danvers walk through the front door, everything can be questioned.’ As for why Jeremiah is locked up at Project Cadmus — if it’s really him! — we’ll find out why he’s so important in season 2.”

This too only offers a tease, but it’s a darn good one. More Project Cadmus certainly isn’t a bad thing, and who knew to question the validity of the Martian’s vision? Unfortunately, this bit of information does nothing to offer hints on how Supergirl will be integrated into the Arrowverse. Fingers are crossed that more on that will come during San Diego Comic-Con in a few weeks.

Supergirl returns Mondays this fall on The CW starting October 10.