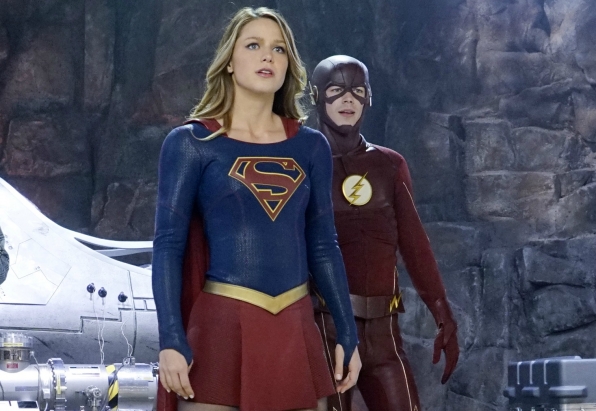 In the latest chapter of the surprising Supergirl renewal drama, there’s a report that one way producers are hoping to cut costs is by moving north to Vancouver.

Deadline reported today that Warner Bros. TV is “seriously considering” moving season two production out of Los Angeles. Producers have already talked to actors, and some of them aren’t exactly excited about filming in Vancouver, which has become a popular location in recent years.

While it was great for Supergirl to initially film in Los Angeles, its application for a tax credit for season two wasn’t approved by the California Film Commission. Also, the other Greg Berlanti-produced DC shows on The CW (The Flash, Arrow and DC’s Legends of Tomorrow) are all filmed in Vancouver. This would be convenient if more crossovers are planned.

As we noted earlier this week, Supergirl has been at the center of drama, with CBS taking its time on a decision to renew, cancel, or push it to The CW. TheWrap reported the show costs CBS $3 million per episode just to air. That high licensing fee is tough for CBS to justify when the ratings continued to fall during its freshman season. Zap2It shows that Supergirl has averaged a 1.68 rating in the key 18-49 demographic, which is the best of CBS‘ new dramas.

If Supergirl does leap to another network, she’ll have to be cheaper about it, which is where the move to Vancouver comes in. The CW shows have much smaller budgets, so that would have to be taken into consideration for season two. Sources close to the show told TheWrap there is no truth to the network move rumor though and Deadline noted this would be very difficult for a show that began on a major network.

But wait a second, in March, didn’t CBS chief Les Moonves say Supergirl was getting renewed? According to a report via Deadline at the time, Moonves made mention at a conference that all five of the network’s surviving new shows would be renewed. However, none have been yet. CBS has two weeks to make a decision on its 2015-2016 freshman shows, before the upfront presentations for advertisers in New York.