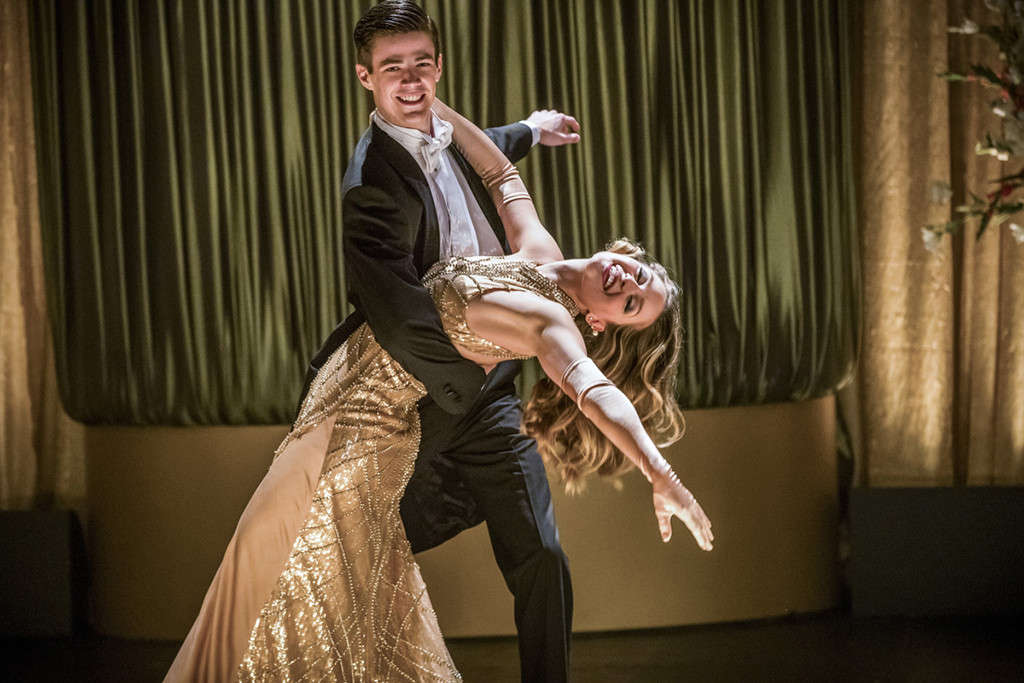 Before anyone starts thinking I’m about to rag on musicals, everyone should know I’m a musical advocate. I was particularly excited for this Supergirl/Flash crossover, because I was curious to see how my favorite DC characters, and coincidentally Glee alumni, were going to tell a story with song and dance as its stepping stool. Of course, because both casts are already musically inclined, this was an episode that was bound to happen.

I will try to keep the spoilers to a minimum, but SPOILER WARNING, nonetheless.

In the Supergirl episode preceding this one, Mon-El (Chris Wood) and Kara (Melissa Benoist) suffer a nasty break-up. Before anything can be resolved, Darren Criss’ Music Meister comes in and entrances Supergirl into a musical world. As a parallel, the previous Flash episode had Barry (Grant Gustin) and Iris (Candice Patton) break it off. So the plot to this episode is basically giving those two break-ups some resolution.

First of all, let’s talk about our antagonist. The way Darren Criss’ character is introduced is random. This character comes with ulterior motives that are later revealed, but this deity (basically) is only here to set up the story; nothing more. I admit that for a time Glee was a guilty pleasure of mine, and Darren Criss was always a highlight. While I did enjoy his performance in this episode, he wasn’t necessary for the story. You’re probably thinking: “Yeah, but he sent Kara and Barry to Musical-land, how could we not need him?” Well, reader, the same outcome of this episode could’ve been accomplished if it was all told with the basic trope of “it was all a dream.” Actually, Music Meister was basically a physical embodiment of that trope.

This leads me to my biggest issue with the episode: plot. Sure, there was some character/relationship development, but this whole episode was filler. At least with Buffy’s musical episode the overarching plot didn’t come to a halt. While it did bring some gratifying moments, like the return of Victor Garber and John Barrowman, the overall story was light. I did love the dreamscape introduction of Cisco and Winn, which I wish would’ve happened for real.

As a musical episode, this was amazingly performed. Garber, Barrowman, and Jesse L. Martin’s trio song was a tear-jerker even though it was coming from fake emotions. Supergirl and Flash’s “Super Friends” (written by Crazy Ex-Girlfriend’s Rachel Bloom) duet was charmingly comedic, and Grant Gustin’s performance of “Running Home to You” (written by Oscar/Tony/Emmy-nominated songwriters Benj Pasek and Justin Paul known for La La Land) was absolute perfection. The episode seems to have had the right amount of production value, but not enough thought was put into the narrative. Again, it wasn’t bad, and I do hope the musical crossover will become an annual thing like it is with the Arrowverse’s four-way crossover.

Now, why didn’t Kara stick around to help out with Team Flash’s Savitar problem?

"Running Home to You"

In this episode, Barry’s mom tells him, “Musicals have the power to make everything better.” It’s not always the case, but I was glad to see the fun return to the somberness that this series was turning into. The spur of the moment singing and dancing were not an issue here. The problem was that little attention was given to moving the plot around the cast’s amazing musical performances.