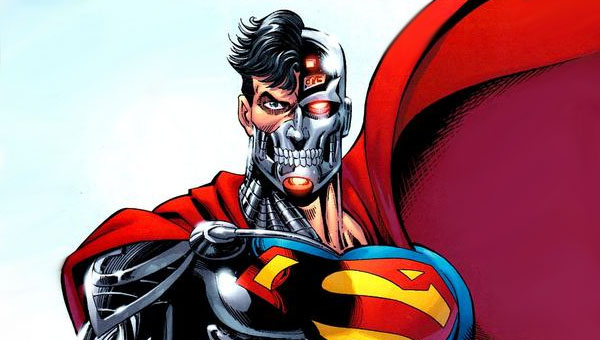 Spoilers for the first two episodes of Supergirl Season 2 follow.

Supergirl’s second season has kicked off awesomely. Tyler Hoechlin’s take on Superman is being lauded, but unfortunately he has to head back to Metropolis. Of course, there’s always the possibility of his return — perhaps in a crossover of sorts. (If he doesn’t help battle the Dominators, he better be on Oa.) Now that he’s out and Cat Grant has taken a leave of absence, the rest of the season can be explored in full. We’ve already gotten a slight hint with Mon-El waking up and attacking Kara at the end of episode two. However, there’s much more going down during the show’s second run. Lena Luthor appears to be good, but we can never be too sure. And we’ve been introduced to Cadmus’ head doctor, the unnamed supervillain for the season.

During a heated exchange with Alex in episode two, the doctor revealed Alex’s father Jeremiah (played by former Superman Dean Cain) has been under their control for years. What this means remains a mystery. Although, fan theories have been whirring since the end of Season 1 that he may be Cyborg Superman. Interestingly, fan theories speculated Hank Henshaw was the big guy’s evil counterpart before he was revealed as Martian Manhunter. But this current theory seems to hold much more weight. In the comics, and animated adaptations, Project Cadmus has turned out some odd experiments. Perhaps the most notable is Conner Kent, aka Superboy, a clone of Superman. In Supergirl, Cadmus has had access to Kryptonite. Who knows what else was stolen from the DEO… they may have Kryptonian DNA, as well. If so, could it be enough to gene splice a makeshift Man of Steel?

The show’s writers aren’t yet ready to reveal what’s going on with Jeremiah Danvers. Executive producer Andrew Kreisberg told CBR, “he’s been under Cadmus’ control for the last twelve years, and the Jeremiah we’ve seen may not be the one we’ll expect.” He added that complications will arise for Alex and Kara once he finally reappears. “It’s too good to spoil,” Kreisberg teased. This must mean they’re doing something big, right?

If we do get a Cyborg Superman via Dean Cain’s character, it’d be reminiscent of what was done with John Wesley Shipp’s Earth-3 character during The Flash Season 2. Shipp is also a former DC hero from the 90s, like Cain, playing the Scarlet Speedster in a Flash TV series. His return to the property as Barry’s dad has been great. But it was made a bit sweeter when he took on the role of Jay Garrick, donning the speedster mantle again. Bringing back Dean Cain in a Superman suit in similar fashion would be too good to be true. For now, we’ll choose to keep our fingers crossed.

Do you think Cadmus has Jeremiah Danvers hidden away as Cyborg Superman? Let us now your thoughts and theories in the comments below.