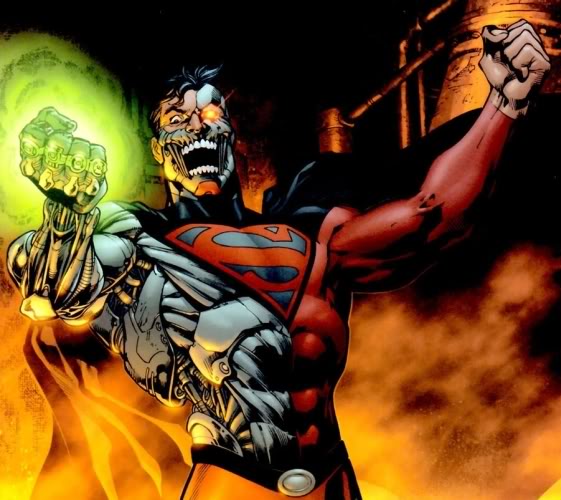 Fan theories surrounding the introduction of Cyborg Superman have been ongoing since Supergirl Season 1. Prior to Hank Henshaw’s reveal as J’onn J’onzz/Martian Manhunter, it was thought that he may have been the sinister Man of Steel. But that just wasn’t so. Now we’re a bit into the show’s sophomore effort and Cyborg Superman is confirmed to appear. Who could he be? Many teases point to Dean Cain’s character, Jeremiah Danvers. Adding more fuel to this thought is the Cadmus director telling Alex her father would be unrecognizable if she were to ever see him again. He’s been under Cadmus’ “control” for the better half of twelve years… what does this entail?

That theory isn’t the only one that’s been taking precedent. Others suggest Tyler Hoechlin may return as the Cyborg, either as some weird experiment or a clone of Superman. According to Supergirl executive producer, Andrew Kreisberg, that is not the case. He told TVLine, “Cyborg Superman is not [being played by] Tyler Hoechlin.” Therefore, it’s now safe to drive a fork in the theory and call it done.

Below is the synopsis of episode seven that’s spurred the discussion, again:

“IT’S SUPERGIRL VS. CYBORG SUPERMAN — While Guardian (Mehcad Brooks) tries to clear his name after being accused of a murder committed by another vigilante, Supergirl (Melissa Benoist) heads out on a solo mission to rescue Mon-El (Chris Wood) who has been captured by CADMUS. While fighting to free Mon-El, Supergirl comes face to face with Cyborg Superman. Glen Winter directed the episode written by Robert Rovner & Paula Yoo.”

So who could it be? The original Hank Henshaw or Jeremiah Danvers? Perhaps it’s another character we have yet to consider. We know Dean Cain is indeed set to return to reprise his role as the Danvers family patriarch. It wouldn’t be too surprising if his time with Cadmus allows Supergirl producers the opportunity of dressing Cain in a cape once more. Tell us your thoughts and theories in the comments below.

Supergirl episode seven will air Monday, November 28. What a night it will be, since it also marks the beginning of the 4-night crossover.