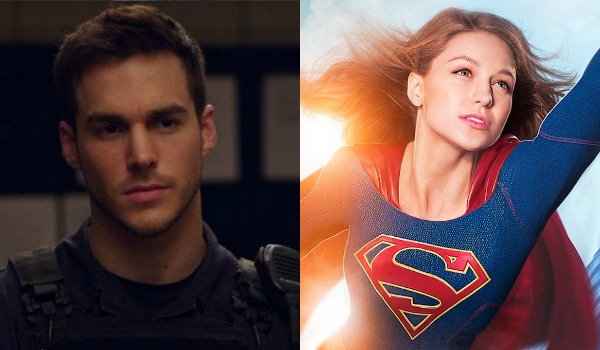 As well as transitioning over to The CW, Supergirl is seriously expanding its cast for its sophomore season. Florian Lima is joining as Superman/Batman supporting character Maggie Sawyer, Wonder Woman herself Lynda Carter will appear as the President of the US and Tyler Hoechlin will guest star as Kara’s cousin, Superman. Plus, there’s plenty more where they came from.

The latest casting news from the show is that The CW alum Chris Wood (The Vampire Diaries, Containment, The Carrie Diaries) will appear in season 2 as a new regular character. Who he is playing is currently being kept under wraps but TV Line reports that he will be a “surprise DC comics character.”

So, let the speculation begin! With the fact that even Superman isn’t off limits to the show and rumours suggesting members of Batman’s entourage might be available as well, the potential candidates for Wood’ character are near endless. We haven’t heard any casting about season 2’s big bad, however, so perhaps that will be the actor’s role? Maybe he will be the biggest big bad in the Superman mythos – Lex Luthor?

Alternatively, there is definitely something of the Man of Steel about Chris Wood so maybe he isn’t a villain at all. Perhaps he is an older version of Connor Kent AKA Superboy, a clone of Clark who is created by Project Cadmus. Cadmus was previously referenced in the last season of the show, so that could be a real possibility.

Maybe, just maybe, he’s another superhero entirely? The show already has Superman and Martian Manhunter from the classic Justice League line-up. Could they have gotten the rights to someone like… Green Lantern?

Or he could be none of these and merely be playing a relatively minor character. We will have to wait and see.

Supergirl will soar onto The CW on Monday 10th October.