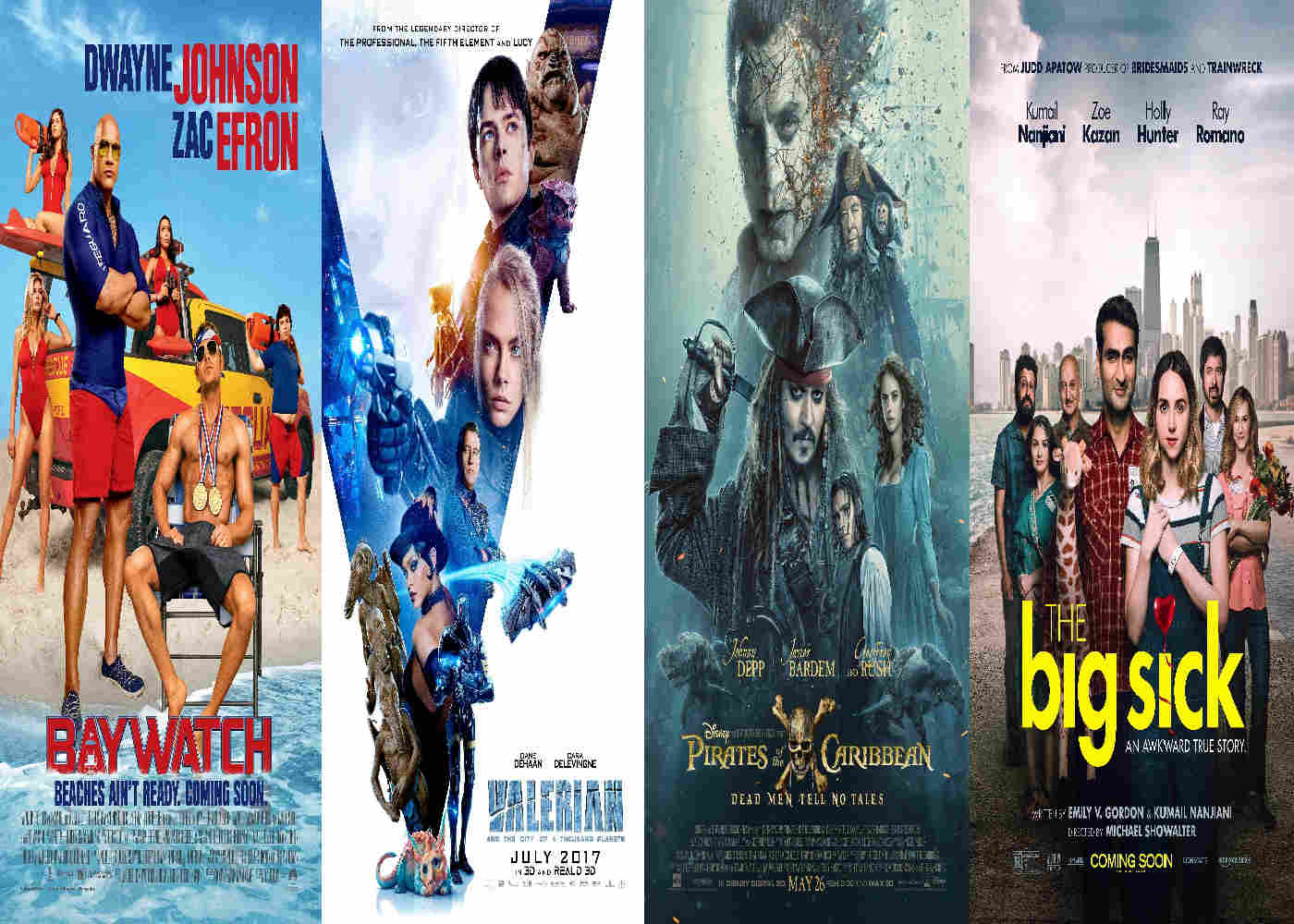 There are quite a few inflammatory headlines flying around about the decline of box-office receipts during the 2017 blockbuster season. We shouldn’t necessarily mistake this for a parallel dip in quality, because this summer has seen the likes of War of the Planet of the Apes, Dunkirk, and Woman Woman deliver stirring, repeat watch cinematic experiences to rival any output over the last decade. The seeds of worry can be located in the fact that this will be the first summer since 2006 not to hit the $4b mark at the US Box Office. Let’s take a look at the evidence.

The summer season starts earlier each year, but technically the forecasters’ switch on the bean counter at the beginning of May, and leave it running until the first week in September. This immediately discounts the $170m that Kong: Skull Island made in March, or the $266m snikt by Logan, and looking further back, similar fare, that twenty years ago would have opened at the height of blockbuster season, such as the $500m grossing Beauty and the Beast, isn’t added to the total.

You can blame the likes of The Lord of the Rings trilogy and the Harry Potter series, because they shifted the blockbuster release window so that it was slightly off-kilter. Large films were always scattered throughout the calendar, but the tent pole, studio event movies, were always reserved for those sun-kissed evenings and around-the-block queues of June or July. Now we get a Star Wars movie for Christmas, and a Marvel cash-cow in November, so the parameters have shifted a little bit.

This however doesn’t make up for a spate of diminishing returns for some of 2017’s supposed big-hitters. Both King Arthur: Legend of the Sword and Valerian: City of a Thousand Planets had their fair share of delays and production troubles, so can we really be surprised, or even too hard on films that’d usually find their way into the post Academy Awards season dumping ground of February and March?

What these two films can provide though is a great platform on which to build an argument for audience fatigue. Both are budgeted around the $200m mark and currently stand at the same $39m US domestic total. That is the same tally as one of the breakout films of the year, Kumail Nanjiani’s The Big Sick, which was a rom-com with a fresh angle, opposed to a reimagining of a story that had also flopped in 2004 (Clive Owen’s King Arthur), and a Sci-Fi passion project you could file next to John Carter.

The operative word in all this is ‘original’, and The Big Sick was thrown in amongst the likes of War for the Planet of the Apes, which is also an important title to examine, simply because it was a stunning film, from a recognised brand, which failed to find the audience it deserved. It won’t get near the domestic total of franchise starter, Rise of the Planet of the Apes, and it’s three times the movie that one is. You could blame the marketing, but the overall feeling appears to be one of apathy, not necessarily towards that film, but towards sequels, or reboots, or seen-it-all before fare. Why spend what it costs to hit the multiplex these days to watch Baywatch, when you can stay at home and try a Netflix original, or Amazon Studios effort?

It’s no surprise that Dunkirk continues to pack them in, despite not exactly being popcorn entertainment, it’s still something different, even within its genre, and so people are seeking it out.

Pirates of the Caribbean: Dead Men Tell No Tales isn’t the worst film in the franchise, but there wasn’t a lot to distinguish it from the last time Johnny Depp was pratting about against a CGI background, so it sailed on a mild breeze towards $172m, saved only by the international market. It’s the audiences that are getting ‘savvy’.

Cars 3 stalled, Transformers: The Last Knight did the impossible and grossed less than franchise nadir, Age of Extinction, and Alien: Covenant had probably the most disappointing commercial narrative of the year. We were salivating like a xenomorph at the idea of a return to form for the series, but a $36m opening weekend quickly faded to almost half of the domestic gross of Prometheus, and it was added to the summer scrapheap.

All hope is not lost though, and whilst the grosses for The Big Sick and Edgar Wright’s Baby Driver might not save the summer, they could spark an evolution of originality, one which would have to co-exist with the popular-as-ever superhero genre (Guardians of the Galaxy Vol.2 outperformed the original, Spider-Man: Homecoming has $300m in his web), in order to wake the audience from its slumber and get them to the ticket booth again.