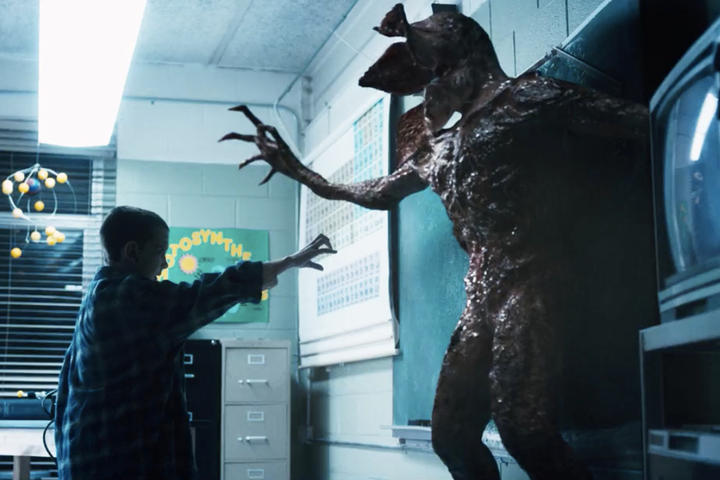 Stranger Things has no shortage of 1980s popular culture infused within its DNA. Every bit of the show is dialed into that time, making for a striking period piece with plenty of heart. However, cultural influences of the 21st Century are easy to spot as well, notably games delving into survival horror. According to series creators Matt and Ross Duffer, a few select titles were on their mind as they crafted Netflix’s latest hit.

“Silent Hill is the one most people have picked up on,” Ross told IGN. “Because that’s the least subtle one with the look of the Upside Down and with all the fog and the forest dripping. Obviously we were really looking at that game for visualising this other world, so that’s a big one.”

Matt referred to The Last of Us for both its visuals and storytelling. He also spoke on Dark Souls’ heavy influence, praising its sound design, and rightfully so — no franchise has better sounding footsteps.

“The Last of Us” added Matt. “I love that game and the storytelling in that game and a lot of the imagery. We’re huge, huge fans of the Dark Souls games, and there’s something about when you’re playing Dark Souls – immediately when you’re in that world, it was to do with the imagery, it has to do with the sound design, and you’re just immediately very uncomfortable and on edge. We wanted you to feel that way when you’re in the Upside Down.

The love is mutual from the game devs also. Game director for The Last of Us and Uncharted 4, Bruce Straley, recently tweeted his love of Stranger Things, saying he wants more. 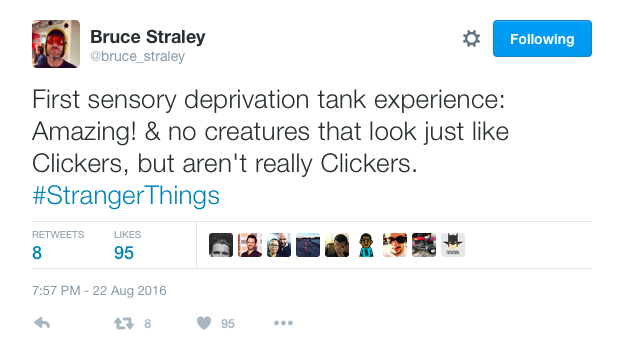 As previously noted, a few of the Demogorgon’s earlier designs appear to be T-Rex/Clicker hybrids.

There are likely other influences as well that fans have come across. While the three mentioned above were intentionally looked upon, The Duffer Brothers may have subconsciously pulled from countless others without realizing it.

“There’s a lot of different influences, and some of them I’m probably not even aware of,” Matt added. “I just know that we do play and have always played a lot of video games so I feel like there is a lot of that seeped into the show.”

Stranger Things is available for streaming on Netflix now.