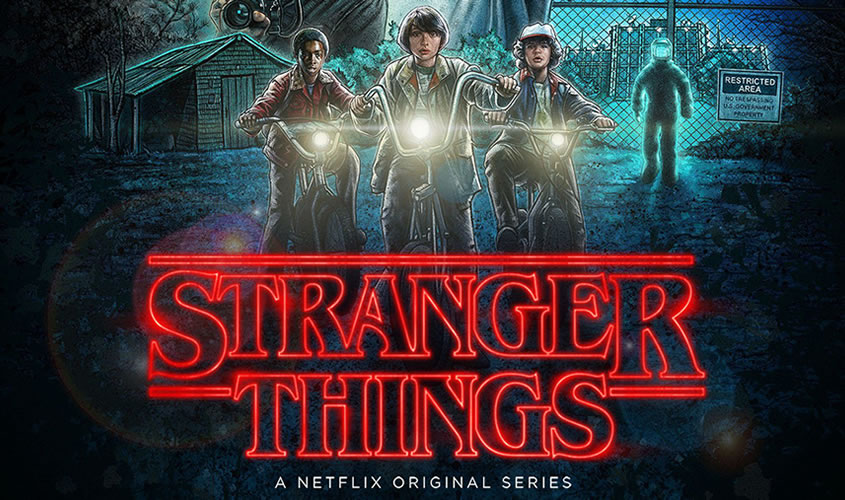 The Duffer Brothers have a lot to be proud of. Their show’s a massive success and audiences are already craving more. We won’t spend time gushing, we’ve already done plenty of that, but Stranger Things is truly something special. The series’ first season opened with tons of questions on the table and closed with many more. The mystery of the Upside Down and its creature(s), as well as the ambiguity of cross-dimensional travel was all fascinating. According to the Duffer Brothers, it was also intentional.

“We wanted to do a couple things with this season. We didn’t want to do The Killing thing. We wanted it to resolve that main thing of Will going missing in the first season. So in that sense, it is like an eight-hour movie. Now, we don’t answer all the questions by the end of the season – there are definitely some dangling threads. The hope is that it feels satisfying but that we left room and that if people respond to it we can go back into this world. But if we do get to go back, it’s not a second season as much as a sequel.”

It’s an interesting thought, viewing the next run of Stranger Things as a sequel as opposed to another season. Should said sequel be greenlit, the team already has plans. Good thing too, there’s so much to explore and it sounds like they have it all intricately mapped out.

“There’s a lot there we don’t know or understand,” Ross Duffer told Variety (via Bloody Disgusting). “Even with the Upside Down, we have a 30-page document that is pretty intricate in terms of what it all means, and where this monster actually came from, and why aren’t there more monsters — we have all this stuff that we just didn’t have time for, or we didn’t feel like we needed to get into in season one, because of the main tension of Will. We have that whole other world that we haven’t fully explored in this season, and that was very purposeful.

“We leave these dangling threads at the end. If people respond to this show and we get to continue this story — we had those initial discussions of where we might go with it. If there was going to be a season two, we would reveal more of that 30 page document, but we’d still want to keep it from the point of view of our original characters.”

It honestly seems like they’re working with enough material to keep Stranger Things going for quite a while. According to producer Shawn Levy, that may be the plan.

“We definitely are hopeful to go several more seasons,” Levy told SlashFilm. And the plan is to continue with this set of characters while introducing a few critical key new ones next season. So I’ll just say that a lot of the big mysteries get answered at the end of Season 1, but we are very much kind of unearthing new problems and questions that merit future stories and future investigation in the most enjoyable way. So we are in love with our cast and our characters.

“Things end up being resolved to some extent at the end of Season 1, but not entirely. And that’s why we’re so hopeful we get another few seasons to live with these people a little longer.”

Surely, Netflix is biding their time before revealing the show is greenlit for at least another couple of seasons. While we wait for that announcement, catch up on, or re-binge, Stranger Things available for streaming now.