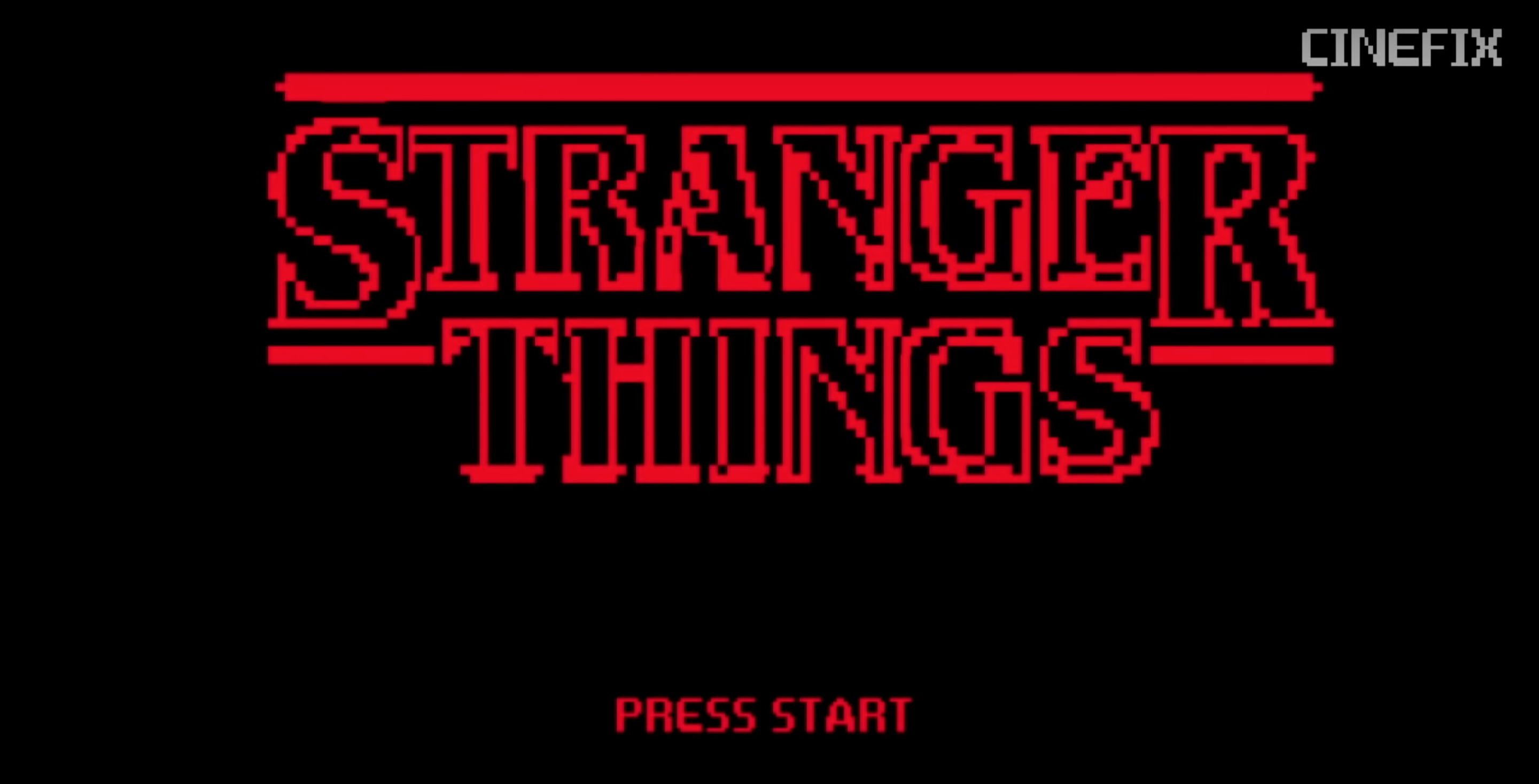 At this point it is difficult to find somebody that hasn’t watched Stranger Things. It is Netflix’s most popular original series and has taken the world by storm since it released in July. Now, the 1980s love letter has come full circle thanks to an 8-bit adaptation.

The YouTube channel Cinefix (via the Metro) has added the sensational show to its 8-Bit Cinema video series. In it, the entire first season of Stranger Things has been condensed into a four minute video. Just like in 8-bit games of the era, characters collect items and their dialogue appears in text boxes above them. The nostalgic heart of Stranger Things and the 8-bit format really go hand-in-hand. Even the creators of the show want an actual 8-bit video game made.

Other videos in the impressive 8-Bit Cinema library include adaptations of films such as Mad Max: Fury Road, Ferris Bueller’s Day Off, and Blade Runner. The Cinefix channel has over 1 million subscribers and also posts film reviews, listicle videos and cosplay tutorials.

A second season of Stranger Things was officially confirmed back in August, with production well underway and a 2017 release date planned. People are already speculating what direction Season 2 will go in, with the Duffer Brothers offering up little to go on besides the fate of two characters. Although the wait for Season 2 may not be as long as expected, seeing this 8-bit video has only intensified our hunger for more Stranger Things. Now if you’ll excuse us, we’re going to watch Season 1 again to suppress this overwhelming desire.

Stranger Things Season 1 can be viewed in its entirety on Netflix, with the second season coming sometime in 2017.