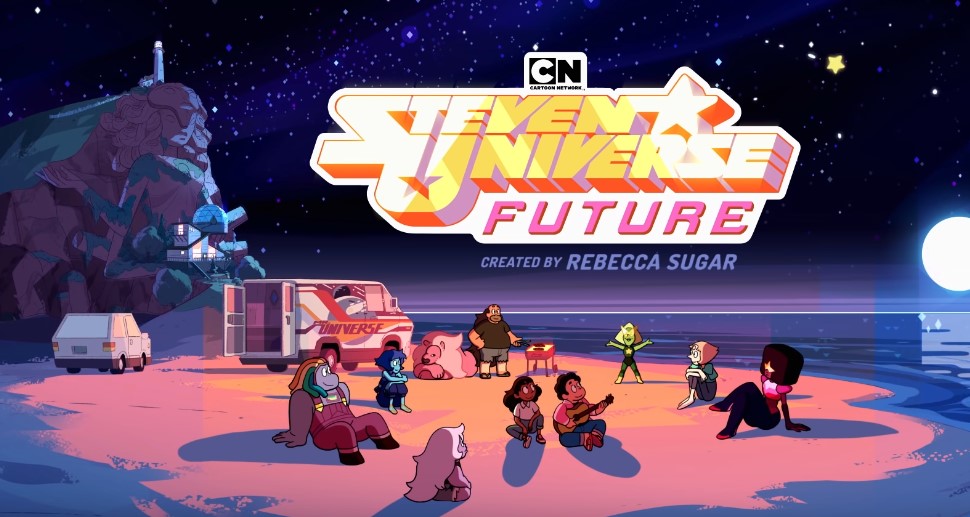 With Steven Universe wrapping up the main conflict with the Diamonds, a lot of people were expecting Cartoon Network to be done with the show. Creator Rebecca Sugar, however, still had more in store with Steven Universe: The Movie, and just when we thought it was all over, there’s actually a limited series coming our way, and CN has just dropped the opening for Steven Universe: Future.

The show is said to be the sixth season of Steven Universe and will likely tie up all the loose ends of the series (if there are any). You can see that the opening is actually teasing some new villains as well, including two Lapis Lazulis and what looks to be an “evil” White Diamond. And though she was healed in the finale, it looks like Jasper is still going up against the Crystal Gems.

While I thought the movie was great, I can’t wait for the series to expound more on Steven and the rest of Beach City in the future. I, for one, would like to see how Connie and Steven’s relationship has grown over the years. Though Connie was in the movie, I felt that her character was sidelined in favor of having Steven connect with Spinel better; I get how that works storywise, but Steven’s “jam-bud” deserves better.

No release date has been set for Steven Universe: Future, but it’s likely it could come out sometime next year. Catch it on Cartoon Network.