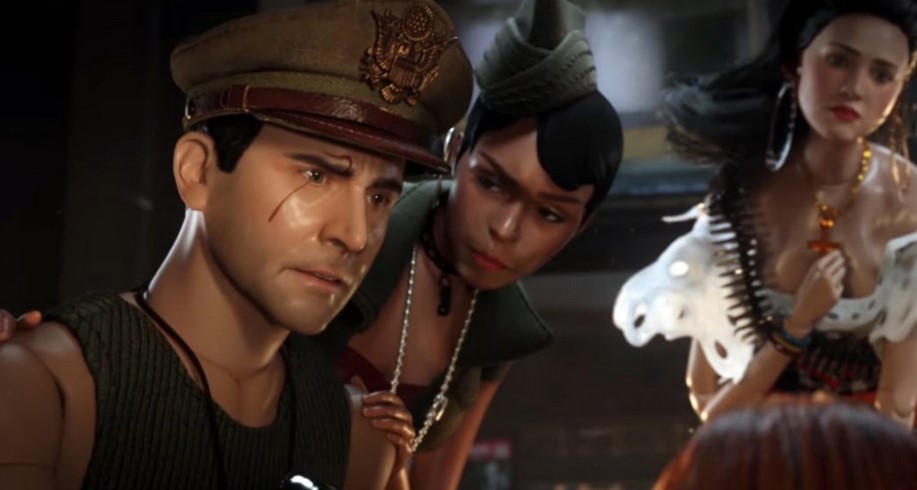 Robert Zemeckis didn’t end up directing the solo Flash movie for the DCEU, but he has this interesting projecting starring Steve Carell as a troubled toy photographer. Check out the first trailer for Welcome to Marwen.

This holiday season, Academy Award® winner Robert Zemeckis—the groundbreaking filmmaker behind Forrest Gump, Flight and Cast Away—directs Steve Carell in the most original movie of the year. Welcome to Marwen tells the miraculous true story of one broken man’s fight as he discovers how artistic imagination can restore the human spirit.

When a devastating attack shatters Mark Hogancamp (Carell) and wipes away all memories, no one expected recovery. Putting together pieces from his old and new life, Mark meticulously creates a wondrous town where he can heal and be heroic. As he builds an astonishing art installation—a testament to the most powerful women he knows—through his fantasy world, he draws strength to triumph in the real one.

In a bold, wondrous and timely film from this revolutionary pioneer of contemporary cinema, Welcome to Marwen shows that when your only weapon is your imagination…you’ll find courage in the most unexpected place.

After his run as Michael Scott in The Office, it seems that Carell has put comedy behind him to work on more serious movies like this one. Besides Despicable Me, Carell has only been starring in Oscar-bait dramas like Foxcatcher and The Big Short.

Going back to the trailer though, I think the movie looks pretty fascinating. Not only does it have something to say about creating art, but it also tries to frame art as a tool of overcoming sever trauma and personal damage.

It also kind of helps that I’m a toy geek myself. Does this film have a toy deal, because I want a figure of Steve Carell.

Welcome to Marwen comes out Nov. 21.