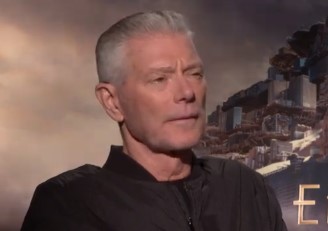 It has been almost a decade since James Cameron’s epic fantasy film, Avatar, hit the big screens. The movie, which is the director’s ninth box-office hit, earned a whopping $2.78 billion on a budget of $200 million. For reference, that number is higher than the gross national product of several countries including Mongolia, Barbados, and the Maldives. Because of the film’s success, sequels were inevitable.

Ten years is a long time to wait for part 2. Thankfully, it was announced that the initial filming for Avatar 2 has finally wrapped. More and more details about the upcoming surefire blockbuster have also already made their way to the news cycle –  much to the delight of the movie’s longtime and admittedly weary fans.

In a recent interview with Slash Film, Stephen Lang, otherwise known as Miles Quaritch, revealed that most of Avatar 2 would be complicated especially for his character. For one, the first movie killed off Quaritch. It would be very interesting to see how he would be brought back. While remaining mum about the details, Quaritch assures Avatar fans that his character would be on quite a journey in Pandora:

“Like, nothing. I can tell you that we’re deeply, deeply into the shooting. We’re by no means finished. Quaritch, his place in this particular universe has gotten more complicated. And that’s kind of the extent of his involvement in the world. The world begins to – the world of Pandora – begins to affect him quite deeply in ways that he either refused or it did not affect him. And it gets under his skin.”

The inclusion of Lang, while unconventional, is not all that surprising. In an Empire Magazine interview last year, Cameron himself revealed that Avatar 2 would see the return of almost all the characters from the first movie:

“The interesting conceit of the Avatar sequels is it’s pretty much the same characters. There are new characters and a lot of new settings and creatures, so I’m taking characters you know and putting them in unfamiliar places and moving them on this greater journey. But it’s not a whole bunch of new characters every time. There’s not a new villain every time, which is interesting. Same guy. Same motherfucker through all four movies. He is so good and he just gets better. I know Stephen Lang is gonna knock this out of the park.”

Cameron also discussed with Empire his inspiration for making four more films and shooting most simultaneously. According to Cameron, he took cues from one Peter Jackson – famous for the epic, Lord of the Rings.

“It’s one big story. But I would say a little bit different from The Lord Of The Rings, which you knew was a trilogy and that allowed you to accept a sort of truncated ending for movies one and two and then a fulfillment. This is a greater narrative broken up into four complete stories” explained Cameron.