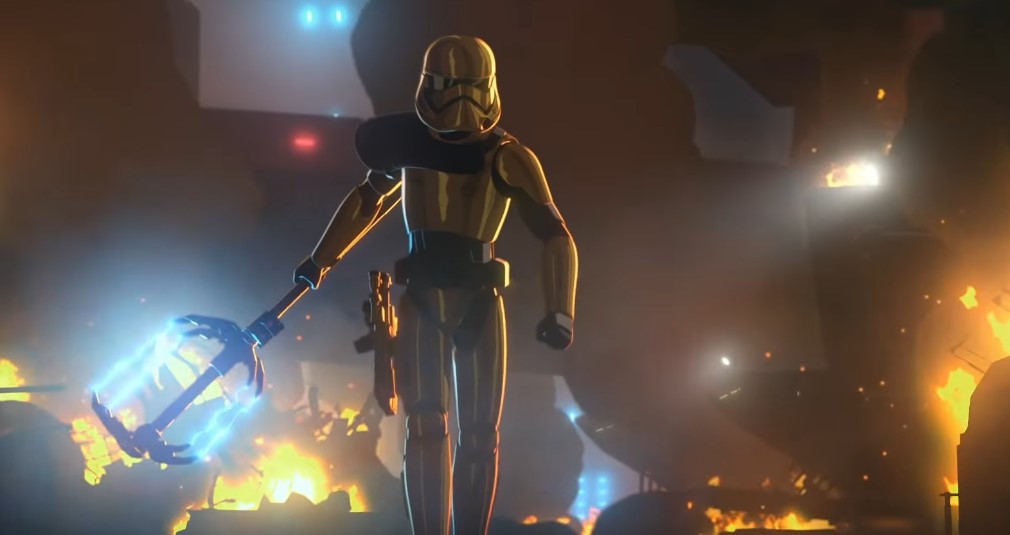 The Sequel Trilogy may have ended with Star Wars: The Rise of Skywalker, but Lucasfilm has one more story to tell in that era with Star Wars Resistance. Just in, we got our teaser for the one-hour finale of the show, and it looks to pick-up right after the events of Star Wars: The Last Jedi.

With TROS taking place a year after the events of TLJ, it’s interesting to see the transition of Kylo Ren into Supreme Leader when it comes to the First Order. Surely there were some people against it—Hux most of all—but it’s curious how the soldiers will take it, seeing that Kylo doesn’t really instill loyalty into anyone.

While we know this story ends before the events of TROS, I’m kind of hoping we get some kind of significant revelation about the film. My guess is the show will end with the explanation of Palpatine’s return, or maybe it will show us the start of Kylo’s search for Exegol.

Personally, I wasn’t a fan of how TROS went down, and I think a large part of it was because I loved everything that The Last Jedi had set up. We don’t know how Lucasfilm plans to move forward after this, but hopefully the go in a direction that’s not just filled with fanservice and pandering.

Catch the finale episode of Star Wars Resistance this Sunday Jan. 26 on Disney XD. Star Wars: The Rise of Skywalker is still out in theaters.