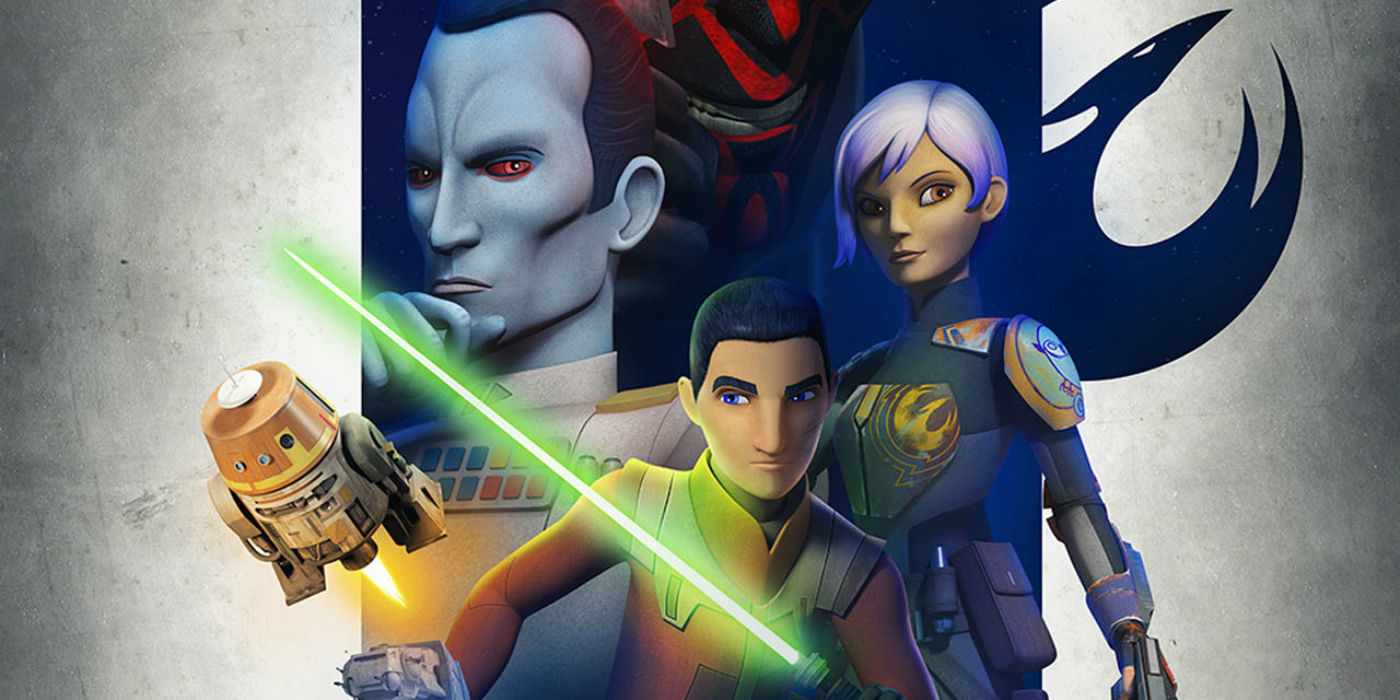 Steps into Shadow feels like something entirely new for the series. Season’s 1 and 2 could get dark to an extent, but it’s on Disney XD so it can’t get that dark, and could have a very “kiddy” tone. Which is why I’m so surprised with this premiere, because it sets up a lot of dark and adult storylines that can happen throughout the season.

It starts out innocently enough with the typical Rebels mission. Breaking out The Clone Wars alum Yondo, from his prison. Yondo has some very important info for the Rebels and Ezra is keen to get it. What’s clear right off the bat is that Ezra has grown a lot. This isn’t the young boy we met on Lothal two seasons ago, this is a Jedi. He’s the commander on the mission and he takes charge like never before. His skills with a lightsaber, as well as the force, have grown exponentially since we last saw him. There’s one move during the escape where he does a double back flip, while taking down multiple Stormtroopers with his new lightsaber. It left my jaw on the floor and is a stark comparison to the last time we saw him getting pummeled by Vader. 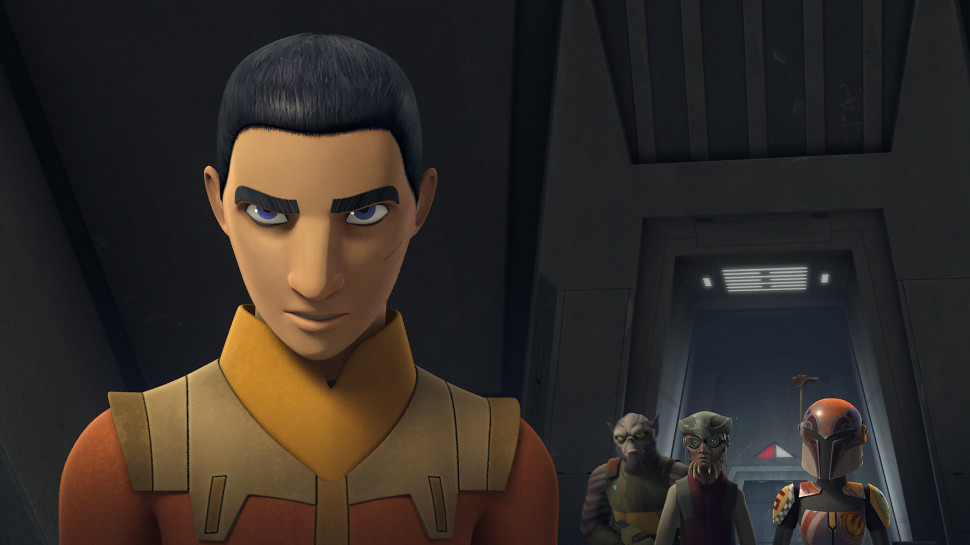 As the escape continues, we find out that the Sith Holocron, found at the end of Season 2, is being put to good use. Ezra has obviously been influenced by it and its fingerprints are all over him. While he has become strong, he’s also grown arrogant and no longer thinks he needs his master’s help. He is going down a dark path, one I’m sure will be explored throughout the season.

Speaking of Kanan, his arc in this episode was interesting. He has become distant from his padawan, and there is a divide in their relationship. Kanan himself is conflicted and hasn’t been the same since he lost his sight at the hands of Darth Maul. A mysterious figure calls out to him and wishes to help him, a figure that turns out to be the Bendu. A mysterious force user (voiced by the Doctor himself, Tom Baker) who is neither Jedi or Sith. The Bendu serves as sort of a neutral Yoda to Kanan and helps him grow as a Jedi and force user. He gives the blind Jedi sight. Not literal sight, but the ability to see things as they are. Their interactions feel mystical and very in tune with the mystical force.

Let’s talk about Thrawn. The incredibly popular Legends character, which Dave Filoni has made canon. I never read any of the Timothy Zahn books, so I really didn’t have an opinion on the character. For as much as they hyped up Thrawn, he really wasn’t shown a lot. He has maybe three or four scenes. That being said, I’m a big fan so far. In the little screen time he has, you can tell why he’s such a popular character. Thrawn commands a lot of respect and is incredibly intimidating. The very definition of calm and calculating, he is going to play a huge part in this season and I can’t wait for more.

This season’s premiere is nothing like those of the past. Siege of Lothal, the season two premiere, was an incredibly tense and action packed episode. It had Vader as a main antagonist and truly showed how ruthless and powerful he is. That’s not to say this premiere is bad. It’s different, and in the best possible way. There was no huge moment akin to past seasons. There was no Vader toying with Ezra and Kanan. No Ahsoka vs Vader. There are a lot of smaller moments, but they set up something huge for the series as a whole.

Last season, Dave Filoni, the supervising director, kept saying Season 2 would be The Empire Strikes Back of the series. With all due respect to Mr. Filoni, I wouldn’t agree with that. Instead, in many ways, Seasons 1 and 2 are a continuation of the same tone. Season 3 will be The Empire Strikes Back, and Steps into Shadow proves it. It marks a shift in tone that will take the series in a bold new direction. Star Wars Rebels is going into some dark territory, and fans should be excited.

Steps into Shadow marks a shift in tone for the series, with character development for every member of the Rebels team and a darker new vibe. The introduction of fan favorite Grand Admiral Thrawn is done well and sets the stage for a very impressive season.