Imagine if Friends really happened in a galaxy far, far away. You don’t have to use your imagination for that though, since an ingenious YouTuber created the ultimate Star Wars/Friends mash-up. 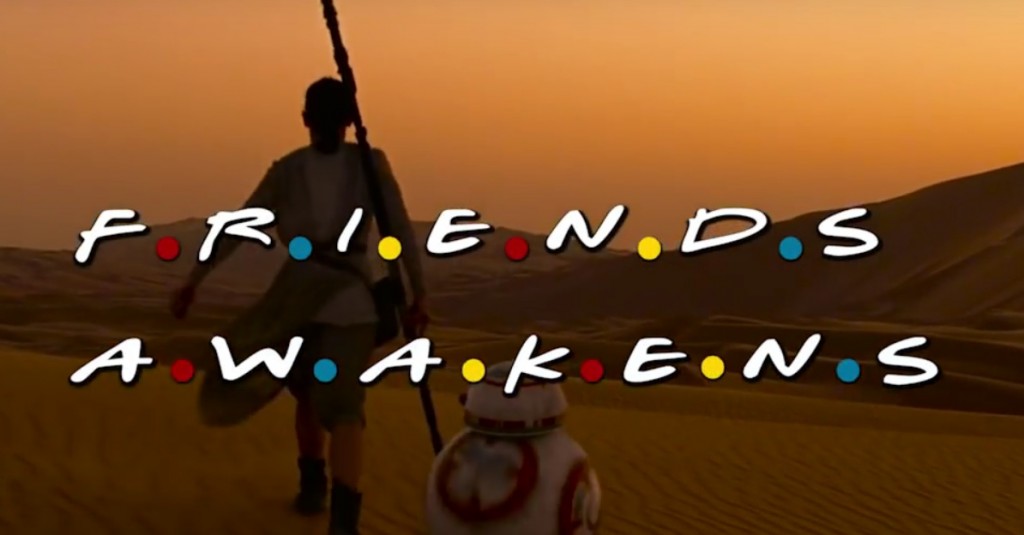 The YouTuber Darth Blender brought the beloved TV sitcom to the Star Wars universe by putting the “friends” from The Force Awakens in the Friends title. Han and Chewie will definitely be there for you. Finn and Rey also fit in perfectly and Darth Blender even cut a scene with a laugh track.

Now that The Force Awakens is available on Blu-ray, starting Tuesday, there will probably be more mash-ups coming to YouTube soon!