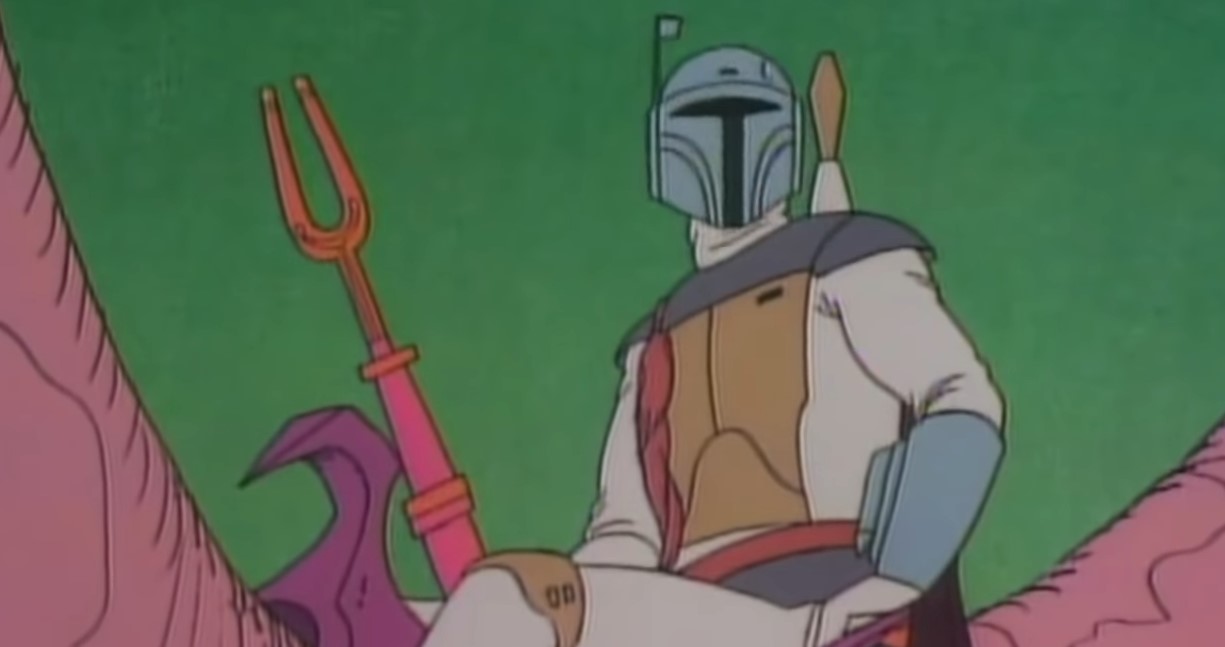 Jon Favreau’s Star Wars: The Mandalorian is currently under production, and we’ve been getting small reveals about the show here and there. Favreau just shared an image of the lead character’s rifle, and it looks like it draws inspiration from Boba Fett’s first appearance in the Star Wars Holiday Special.

The rifle is actually called an Amban phase-pulse blaster, and Boba is seen wielding it when we meet him for the very first time. I doubt that this version will function just like the one in the special, but the look is certainly an interesting nod to the origins of the Fett character. Though the Holiday Special is infamously terrible, some old fanboys agree that one of its redeeming qualities is the introduction of Boba Fett to the fandom.

Honestly, we don’t know what to expect from the series as of now. Seeing that Star Wars is usually known for big screen spectacles, it’s curious what a live-action series can do with a TV budget. Seeing that there’s usually a dip in quality when it comes to movie VFX, I’m guessing The Mandalorian is going to keep lot of things on the ground.

For the first episode, Lucasfilm’s head of animation Dave Filoni is going to direct. This will be his first foray into love action, and fans of The Clone Wars and Rebels are all excited to watch his debut. Other people on the show’s director list are Bryce Dallas Howard, Deborah Chow, Rick Famuyiwa, and Taika Waititi.

No release date has been set for Star Wars: The Mandalorian, but it’s expected to launch sometime next year alongside Disney’s streaming service.