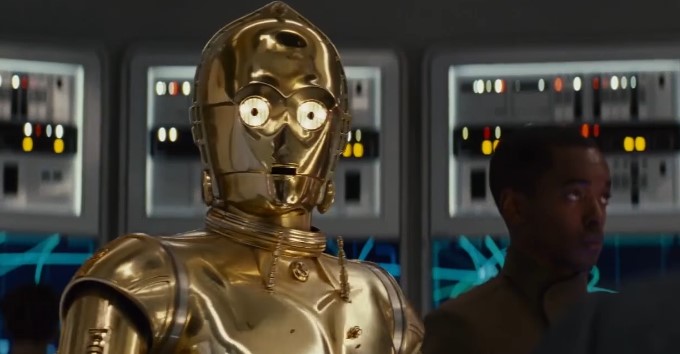 One of the several series announced by Lucasfilm in 2020 was A Droid Story which is said to star original C-3PO actor Anthony Daniels, and it’s possible that Daniels has revealed that he’s already started working on the show.

He posted a photo of himself on Instagram wearing a mo-cap suit with the hashtags #c3po and #starwars:

Of course, nothing official has been confirmed about what Daniels is working on, but with A Droid Story said to be an animated property, motion capture would be something that the studio could use to bring the series to life. This what Lucasfilm president Kathleen Kennedy had to say about A Droid Story:

“As Lucasfilm continues to develop new stories, the intersection of animation and visual effects offers new opportunities to explore. Lucasfilm Animation will be teaming up with Lucasfilm’s visual effects team, Industrial Light & Magic, to develop a special Star Wars adventure for Disney+, A Droid Story. This epic journey will introduce us to a new hero, guided by legendary duo R2-D2 and C-3PO.”

While there are some Star Wars fans who would be saying, “who asked for this series?” It’s great to think that Lucasfilm is being a bit more experimental with its Disney+ entries. Though a lot of praise has gone to shows like The Mandalorian, it’s a series like Star Wars: Visions that feel like they encapsulate that core meaning of Star Wars that makes the franchise so special.

No release date has been set for A Droid Story, but you can watch The Book of Boba Fett Wednesdays on Disney+.