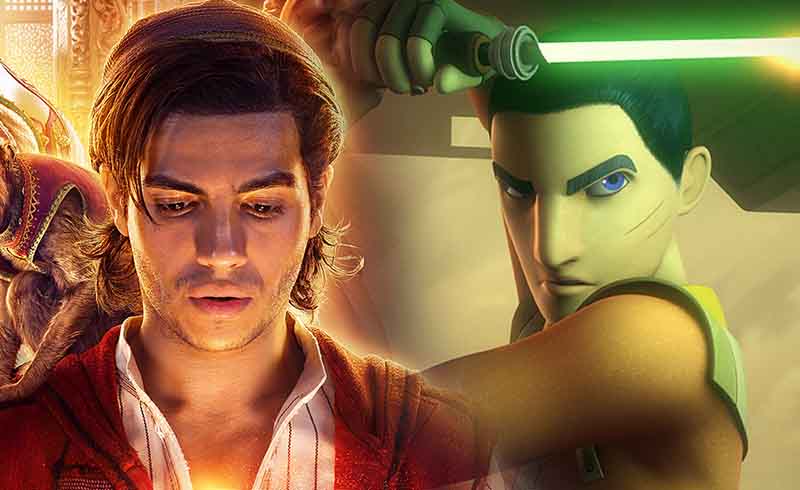 While Ezra Bridger was nowhere to be seen in the second season of The Mandalorian, a lot of people are hoping that he’ll make his live-action Star Wars debut soon. With rumors going around that Disney has cast Aladdin’ Mena Massoud in the role, Massoud himself had posted a photo of himself on IG that led a lot of fans into speculation.

As a lot of fans on Twitter have pointed out, the caption on the post is actually a quote from Ezra from the episode Stealth Strike in the second season of Star Wars Rebels.

Take note, this isn’t official confirmation on Massoud’s casting. Way before rumors of him being cast had come out, it was said that Rahul Kohli (iZombie) was in talks to play Ezra; and Kohli himself had been keeping fans on their toes with posts teasing his involvement with Star Wars.

Personally, I was already on the Kohli hype train, but I have no doubt that Massoud would be able to take on the role as well. I guess I just preferred that Ezra would be significantly older by the time we meet him in live-action. Even then, I’m hoping Disney finds a way to make his character introduction more meaningful to casual audiences and not just depend on Ezra being recognized as a character from Rebels.

For now, we don’t know when Disney is planning to introduce Ezra to live-action, but a lot are hoping that he makes an appearance in the planned Ahsoka series starring Rosario Dawson. That being said, it wouldn’t be bad if he showed up in The Book of Boba Fett which is set to debut on Disney+ later this year.