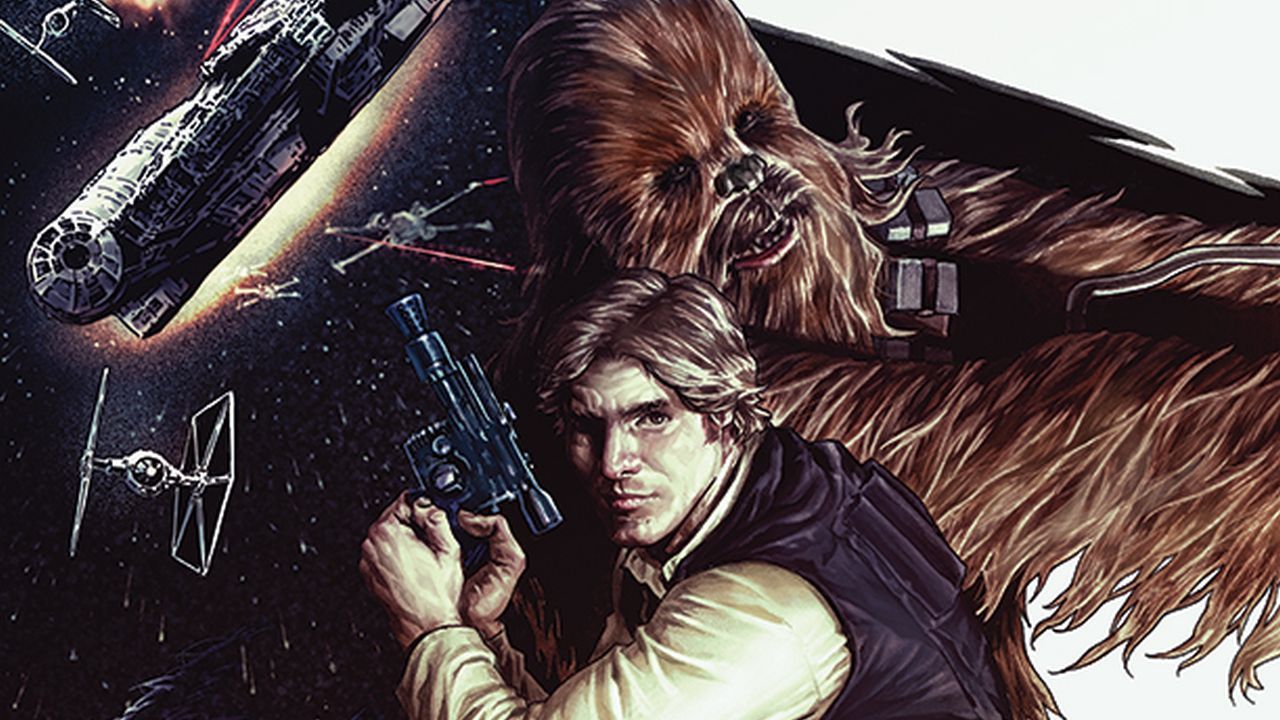 For those that are worried, this will be a Spoiler free review.

Since the resurgence of the new Star Wars canon we have gotten a boatload of new content in books, T.V. shows, games, and especially comics. I’ve read a majority of the books and have thoroughly enjoyed Rebels, but for whatever reason I’ve skipped the comics, until very recently. After hearing a lot of good things about most of the comics I decided to visit my local comic shop to see what they had. I picked up all the major collections like Vader Down, Lando, Star Wars, and on a whim, I picked up the first two issues of the Han Solo comic, and boy I am so glad I did. I’ll go ahead and tell you, this comic is great!

I’ll keep story details to a minimum, because you deserve to experience it for yourself. The comic takes place in between A New Hope and The Empire Strikes Back. Han has decided to take a “break” from the rebellion and go back to the one thing he was ever any good at, smuggling. He’s quickly reeled back in by his future wife Leia to take on a secret mission for the Rebellion that involves entering the most dangerous race in the galaxy, The Dragon Void Run.

From the moment you open the first page it’s abundantly clear the writer, Marjorie Liu, understands just exactly who Han Solo is. His actions, his thoughts, his motivations, and his inner conflict are all there and it’s all true to our favorite scruffy looking nerf herder. That inner conflict of saving his own skin and making off with a big pay day, or being a selfless hero and saving the galaxy. We also get a glimpse at the beginning of a budding romance between Leia and Han and it’s so perfect to the very core of their relationship. Hint: when Han leaves Leia for the mission, he doesn’t get a kiss goodbye, their entire dynamic left a huge smile on my face, its that enjoyable.

If you’ve been keeping with the canon you know that by the time that Rey meets Han in The Force Awakens, he is a legendary pilot and has made a name for himself by participating in every race and run he can across the galaxy. But here when he enters the Dragon Void, he is a little known pilot, with very little street cred and many of the famous pilots don’t even know his name. It’s very reminiscent of Guardians of the Galaxy when Peter Quill introduces himself as Star Lord and Ronin’s henchmen let out a loud “Who?” This is a Han Solo who isn’t legendary yet, who isn’t a general yet, but even without the accolades he gets later in life, he still has that swagger and cockiness that we all love about him; it oozes right off the page.

I’d be remiss if I didn’t mention the art and cover art help with the overall presentation. The cover art immediately shows us everything we love about the character, in particular the 2nd issue’s cover, which pokes fun at the “Han shot first” debate (Also obviously Han shot first there is no debate). Han’s design clearly drew inspiration from his outfit from The Force Awakens, and is a good mix of old and new with only his signature black vest missing from his wardrobe. Kudos must be given to the artist, Mark Brooks and cover artist Lee Bermejo; it’s all great work.

If you couldn’t tell, I loved this comic. It was able to stay true to an iconic character in the Star Wars universe and I can’t wait for more. Seriously, go and pick this one up. It’s well worth getting into, and with just two issues in, now is the time to take the plunge.

May the force be with you!