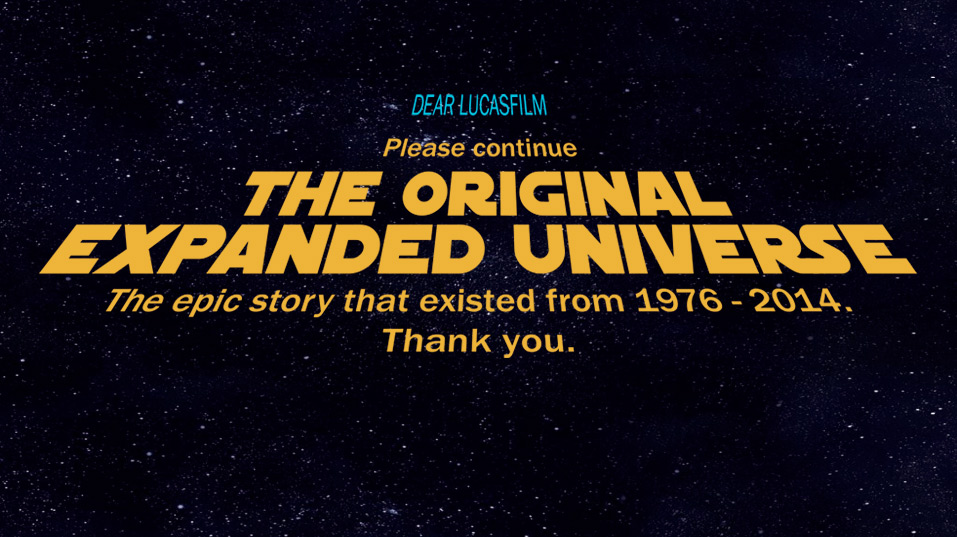 Dedicated fans are what fuel a franchise, and Star Wars is no exception. In fact, one could argue that Star Wars fans sort of created the mold for all geekdoms that followed from to Ringers to Potterheads to Whovians to whatever the hell Game of Thrones fans call themselves.

And before we hear from you Trekkies/Trekkers, yes, Star Trek and its obsessive hordes predate Star Wars’, but let’s not get bogged down in semantics. 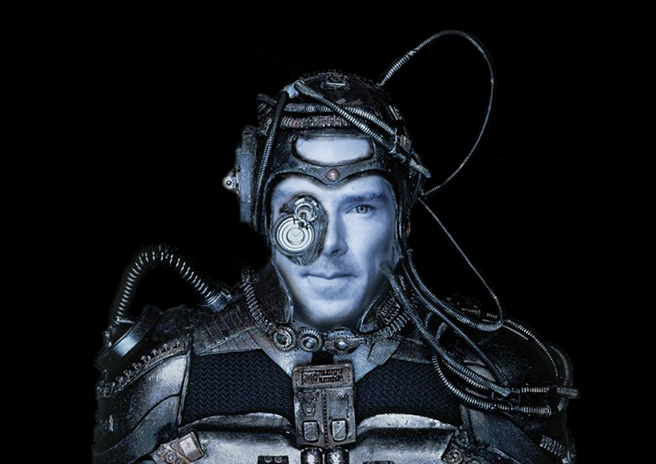 Silence or we’ll make sure Cumberbatch is cast as your new Borg Queen.

Most Star Wars fans are aware that there is a whole library of literary works that delve into the legends and characters of the Star Wars universe beyond those that we see in theaters and on TV, formerly known as the Expanded Universe (EU). Though not written by George Lucas, many were sanctioned by him, and in some cases, endorsed. Probably the most well-known series in the EU is the Thrawn Trilogy written by Timothy Zahn. These stories were a way to revisit the Star Wars universe long before there were prequels, sequels, animated shows, etc.

See kids, before the dark times, before The Phantom Menace, Lucas averred Return of the Jedi was the last film, and it so it was for 16 years. Meanwhile several authors expanded upon the characters, places and plots set in place by Lucas, and this enormous body of various works, the EU, was compiled. Seriously, if you’ve never known about any of this, the sheer volume of literature in this franchise is enough to fill Madison Square Garden.

When Lucas sold Lucasfilm to Disney in 2012, and Disney went into revival overdrive, they largely, if not altogether ignored the decades of literature that had accumulated in the EU. In fact, according to Tech Times:

“The original Star Wars Expanded Universe was discontinued in 2014 by Disney in preparation for the new era of Star Wars movies, games, books and comics that would be ushered in with The Force Awakens. All of the existing Expanded Universe tales were then rebranded Star Wars: Legends to distinguish the stories as no longer official canon.”

The fans of those stories were pretty bummed. While some were able to watch Star Wars: The Force Awakens and truly enjoy it, many are pining for the characters and story lines they had grown used to for so long.

Combine all this nerd angst with the fact that many of thems are now adults with income as well as having social media at their fingertips and boom–they have a pubic arena at their disposal to get their wishes out there, however futile they may be.

Star Wars fan collective, Give Us Legends, took these tools and ran with it. After initiating a crowdfunding campaign on Indiegogo they raised nearly $5000, which enabled them to purchase a billboard in San Francisco, California, (home of Lucasfilm): 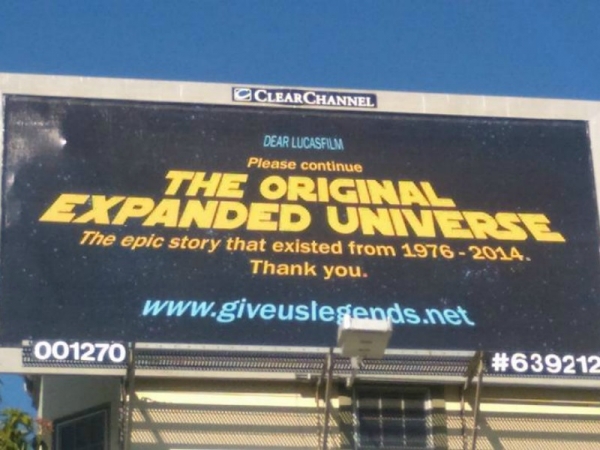 Though it’s unlikely Disney will adhere to this plea due to oh so many reasons, you have to love the effort and passion. With so many fighting for things like anti-LGBT laws, fracking and Common Core curriculum, it’s refreshing to see people band together to make something they love come to fruition. And by something we mean that isn’t likely to poison the masses or turn future generations into helpless adults who can’t make change for a $5 bill in less than 500 steps.

You never know; maybe Disney will throw them a bone in the form of an Easter egg or something. I’m sure they’ve been met with a lot of criticism, but in the words of novelist E.L. Forester:

“One person with passion is better than forty people merely interested.”

You do you, Star Wars fans. You do you.

News
There’s a Petition Demanding a 4-Hour Cut of Star Wars: Revenge of the Sith

News
Simon Pegg Wants to Play Dengar for The Mandalorian

News
Timothy Olyphant has Joined the Cast of The Mandalorian
© Copyright GeekFeed.com 2018 Stuff Your Geek Hole!