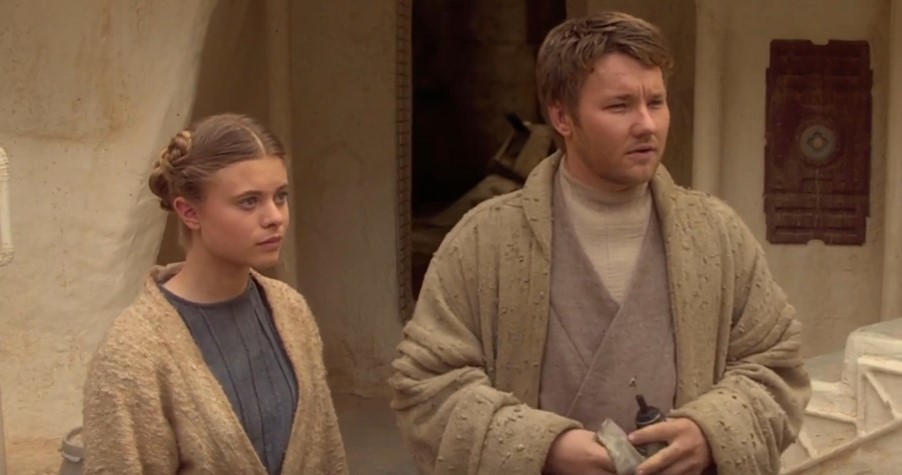 Joel Egerton may be a big star now, but way back in 2002, he had a small role as young Owen Lars in Star Wars: Attack of the Clones. With the Kenobi series in the works for Disney+, a lot of fans speculate that the Lars family will be making a return. As it turns out, Egerton was playfully coy about it when asked.

Caught up with Joel Edgerton today (check out THE KING! I really enjoyed). I have almost no doubt based on his coy evasiveness that he will be in the Obi Wan Disney+ series. I’ve seen many an actor playfully evade. I’m placing a big bet that Owen will be back.

We don’t really get much from Owen in the prequel series, but we did get to watch Obi-Wan hand baby Luke Skywalker to him in the end of Revenge of the Sith. With the series probably giving us a look at Obi-Wan’s life hiding out in Tatooine, it’s possible that we could also get more of Owen Lars and how he raised young Luke Skywalker. The comics have shown that Owen doesn’t want Obi-Wan to be any part of Luke’s life, so it’s likely that would bleed over to the series. Maybe we can also get some more meat on the character of Beru (Bonnie Piesse).

We don’t have that much details on the Kenobi series yet, but we do know that Deborah Chow (Better Call Saul, The Mandalorian) has been hired to helm. With The Mandalorian and Cassian Andor series in the works, I suspect we could get the Obi-Wan Kenobi on Disney+ sometime in 2021.

No release date has been set for the Kenobi series, but you can catch The Mandalorian on Disney+ when it launches on Nov. 12.