We may not be getting any big updates for Star Wars Battlefront II this December, but we will be getting a new skin for Obi-Wan Kenobi which is ripped straight out of the Clone Wars series. Here’s our first look at the General Kenobi skin: 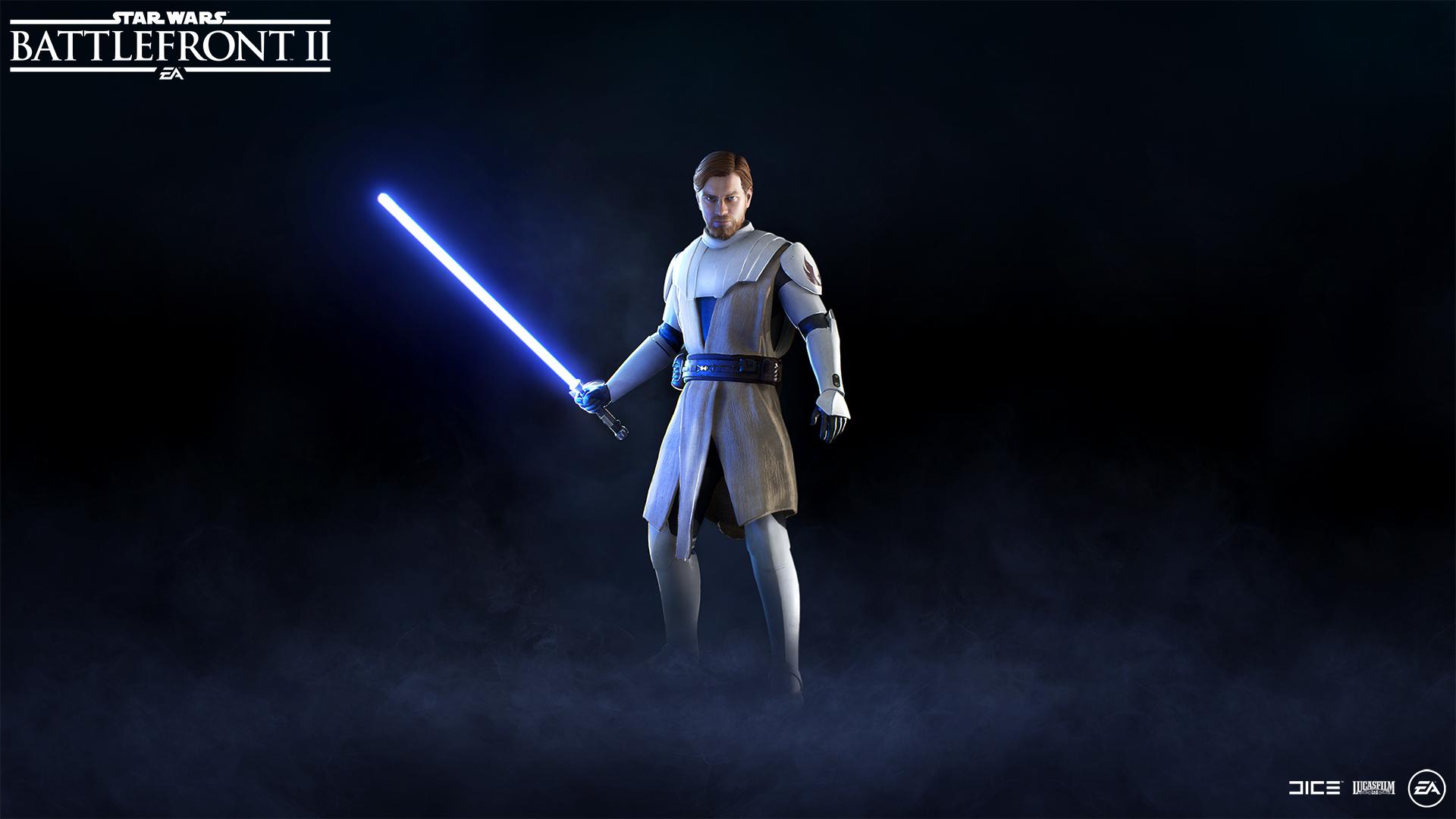 Thanks to Battlefront Updates, we also get to see the skin in action.

Lucky for players, the skin is only registered as an Epic one, so you only have to save up to 40k credits to afford it. If you don’t want to do the grinding though, you can still buy the skin for 1000 crystals.

Seeing that every other character in the series only has appearances from the films, it’s actually pretty cool to see an animated skin brought to a more realistic look. I have to say, it doesn’t even look awkward at all, and I’m expecting Anakin to come with his Clone Wars skin as well when he drops at February.

Besides the new skin, Obi-Wan has also had a handful of improvements worked on by DICE. Here’s the breakdown from the community transmission:

The transmission also promises some long-awaited improvements to lightsaber combat, and I’m sure a lot of HvV players will be looking forward to that.