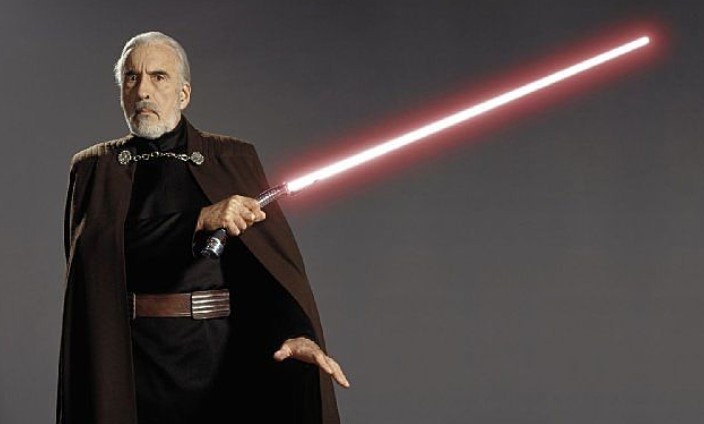 Much to DICE’s relief, the Geonosis expansion for Star Wars Battlefront II is a great success, and everyone loves the new map and new hero, Obi-Wan Kenobi. The devs have released a community update video catching everyone up on the new expansion, and it ends with a cool teaser for the next hero—Count Dooku.

Here’s a still of the Dooku’s signature curved saber:

With the devs only releasing a new skin for Obi-Wan in December, Dooku is set to arrive in January. We have no idea of what kinds of skills he has yet, but my guess is that he will be a lightsaber-wielding hero with the ability to use Force lightning. I’m pretty sure someone wanted Palpatine to have his lightsaber as well, but he already proves to be very powerful with just his Force abilities.

As far as appearances go, I think Dooku is going to come with a default appearance of him in a cape. I’d think that an alternate skin would have him without it, but I think DICE would rather just pull something out of The Clone Wars. They’re already doing it with Obi-Wan’s ‘General Kenobi’ skin coming next month.

For now, the community is enjoying the Geonosis drop, and it looks like Battlefront II has made a huge step with redeeming itself from the terrible launch from last year. The game plays pretty great, and with this pace of updates, I’m sure more people will be willing to check it out now.

Star Wars Battlefront II is now playable for PC, PS4, and Xbox One.